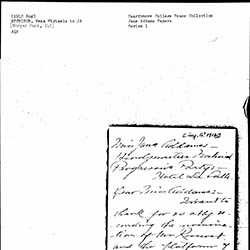 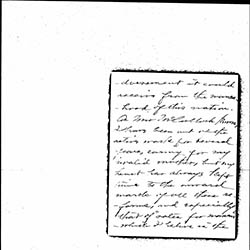 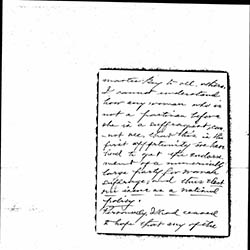 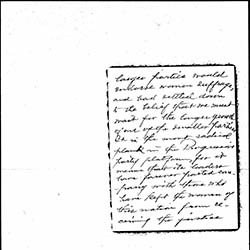 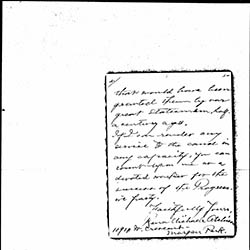 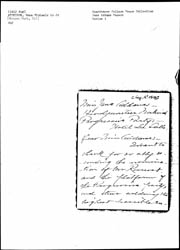 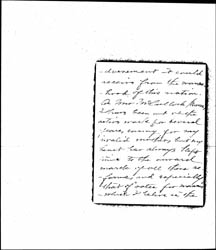 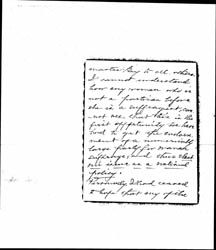 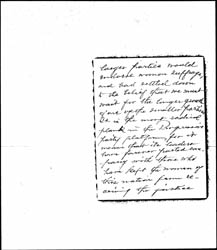 I want to thank for so ably seconding the nomination of Mr. Roosevelt and the platform of the Progressive party, and thus adding the highest possible endowment [page 2] it could receive from the womanhood of this nation. As Mrs. McCulloch knows, I have been out of the active work for several years, caring for my invalid mother, but my heart has always kept time to the onward march of all these reforms, and especially that of "votes for women" -- which I believe is the [page 3] master key to all others. I cannot understand how any woman who is not a partisan before she is a suffragist, cannot see, that this is the first opportunity we have had to get the endorsement of a numerically large party, for woman suffrage; and thus elect our issue as a national policy.

Personally, I had ceased to hope that any of the [page 4] larger parties would endorse woman suffrage, and had settled down to the belief that we must wait for larger growth of one of the smaller parties. It is the most radical plank in the Progressive party platform, for it means that its leaders have forever parted company with those who have kept the women of this nation from receiving the justice [page 5] that would have been granted them by our great statesman, half a century ago.

If I can render any service to the cause in any capacity, you can count upon me as a devoted worker for the success of the Progressive party. Atchison congratulates Addams for seconding the nomination of Theodore Roosevelt at the Progressive Party Convention and expresses her enthusiasm for the party's support of woman suffrage.