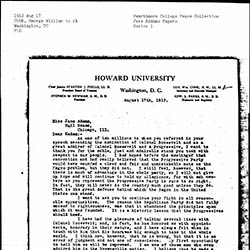 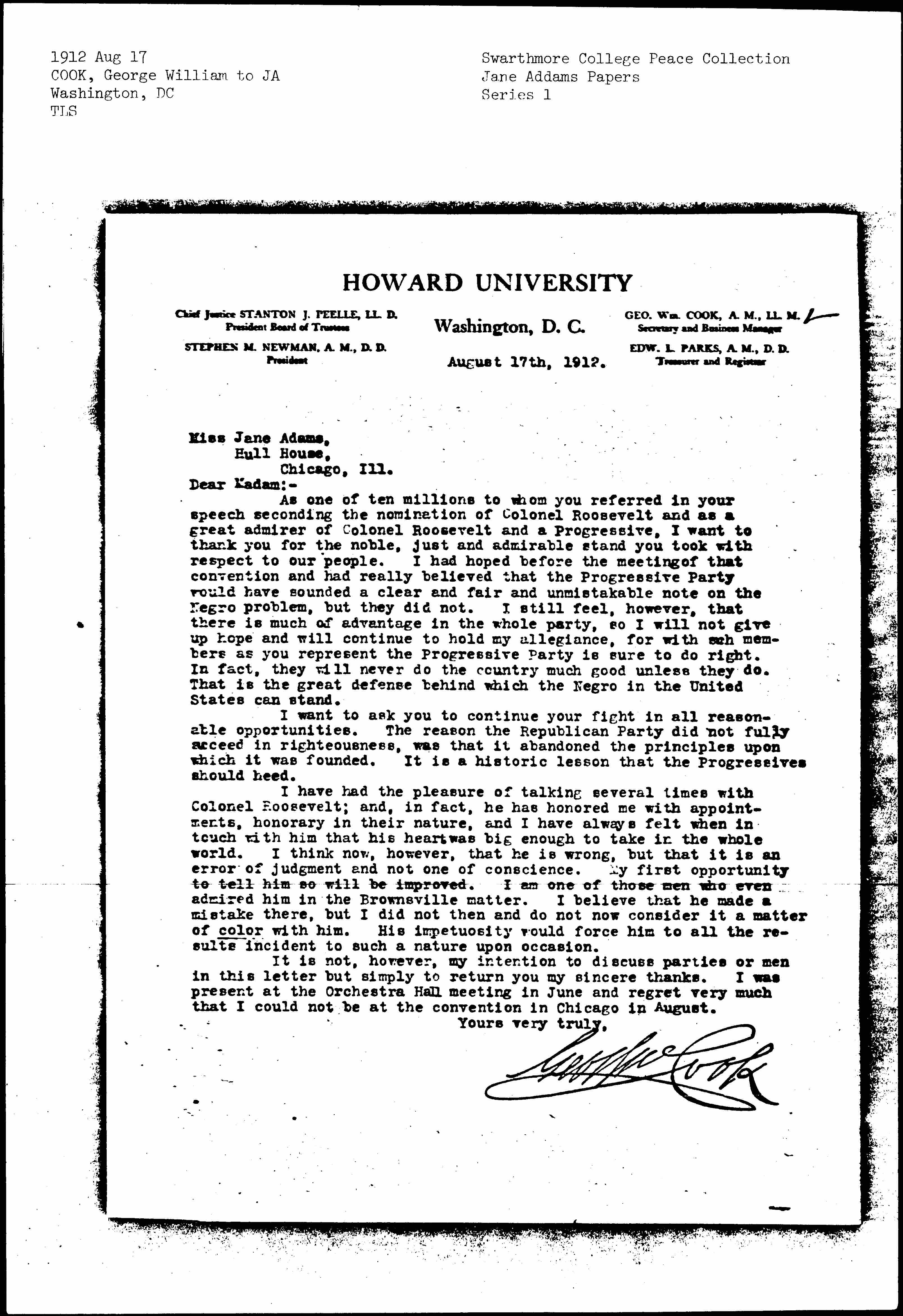 As one of ten millions to whom you referred in your speech seconding the nomination of Colonial Roosevelt and as a great admirer of Colonel Roosevelt and a Progressive, I want to thank you for the noble, just and admirable stand you took with respect to our people. I had hoped before the meeting of that convention and had really believed that the Progressive Party would have sounded a clear and fair and unmistakable note on the Negro problem, but they did not. I still feel, however, that there is much of advantage in the whole party, so I will not give up hope and will continue to hold my alligence, for with such members as you represent the Progressive Party is sure to do right. In fact, they will never do the country much good unless they do. That is the great defense behind which the Negro in the United States can stand.

I want to ask you to continue your fight in all reasonable oppurtunities. The reason the Republican Party did not fully acceed in righteousness, was that it abandoned the principles upon which it was founded. It is a historic lesson that the Progressives should heed.

I have had the pleasure of talking several times with Colonel Roosevelt; and, in fact, he has honored me with appointments, honorary in their nature, and I have always felt when in touch with him that his heart was big enough to take in the whole world. I think now, however, that he is wrong, but that it is an error of judgement and not one of conscience. My first oppurtunity to tell him so will be improved. I am one of those men who even admired him in the Brownsville matter. I believe that he made a mistake there, but I did not then and do not now consider it a matter of color with him. His impetuosity would force him to all the results incident to such a nature upon occasion.

It is not, however, my intention to discuss parties or men in this letter but simply to return you my sincere thanks. I was present at the Orchestra Hall meeting in June and regret very much that I could not be at the convention in Chicago in August.

Cook thanks Addams for her defense of black Americans and urges her to continue to be a voice during the Progressive Party campaign for the presidency.