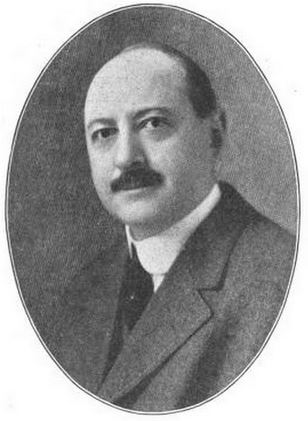 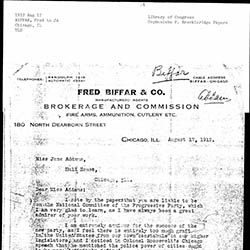 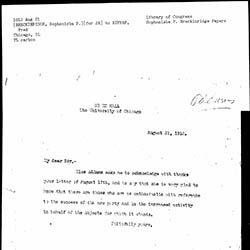 Fred Biffar was a progressive businessman. At twelve years old, he started a job in a silk factory to aid his family and attended school at night. In 1878, he began working for the importing company Herman Boker and Company and later transferred to the H. & D. Folsom Arms Company. In 1900, Biffar became manager of the sporting goods department of Sears, Roebuck, and Company, and in 1907, became general manager of the Western Cartridge Company. Biffar then opened Fred Biffar and Company, Hardware Manufacturers' Agents in Chicago. He was also president of Meriden Fire Arms Co.

Biffar married Emma J. Simon in 1892. They had two children together. Biffar died in 1948.