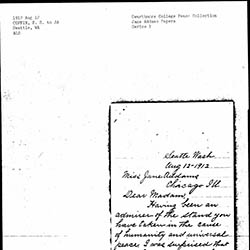 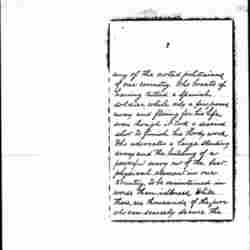 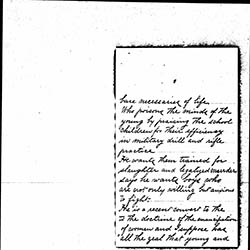 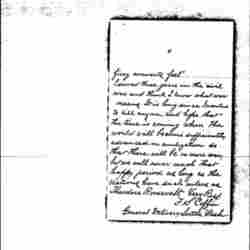 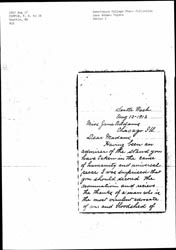 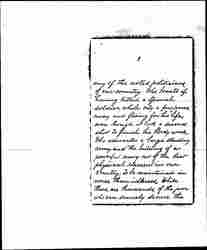 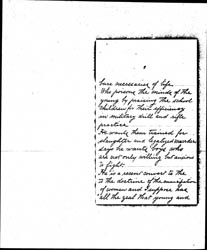 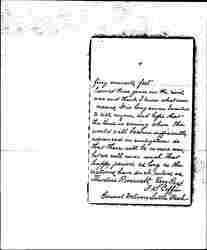 Having been an admirer of the stand you have taken in the cause of humanity and universal peace, I was surprised that you should second the nomination and receive the thanks of a man who is the most virulent advocate of war and bloodshed of [page 2] any of the noted politicians of our country. Who boasts of having killed a Spanish soldier, while only a few paces away and fleeing for his life, even though it took a second shot to finish his bloody work. Who advocates a large standing army, and the building of a powerful navy out of the best physical element in our country, to be maintained in worse than illness, while there are thousands of the poor who can scarcely secure the [page 3] bare necessaries of life.

Who poisons the minds of the young by praising the school children for their efficiency in military drill and rifle practice.

He wants them trained for slaughter and legalized murder, says he wants boys who are not only willing but anxious to fight.

He is a recent convert to the doctrine of the emancipation of women and I suppose has "all the zeal that young and [page 4] [fiery] converts feel."

I served three years in the civil war and think I know what war means. It is long since I wanted to kill anyone, and I hope that the time is coming when the world will become sufficiently advanced in civilization so that there will be no more war, but we will never reach that happy period as long as the nations have such rulers as Theodore Roosevelt, Very Resp

Coffin writes Addams about his confusion that she, as an advocate for peace, would endorse a presidential candidate who extols the virtues of the military and of war.