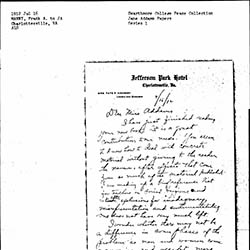 Anna Matilda Lloyd Corkran was president of the Maryland chapter of the Federation of Women's Clubs. Within the federation, she was part of a committee that studied the effectiveness of the Department of Agriculture during World War I.

Corkran married Benjamin W. Corkran Jr. in 1881. They had three children together. Corkran died in 1937.