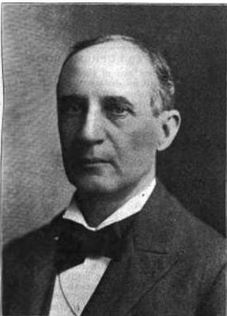 William Barnum was a judge and a lawyer. He attended the State Normal School in Ypsilanti, Michigan, followed by the University of Michigan. When he was twenty-two he became a lawyer and practiced in Chester, Illinois for five years. While in Chester, Barnum was also Master in Chancery. He then moved to Chicago and became a judge, being elected to the bench of the Circuit Court of Cook County in 1879. He then resigned a few months before his six-year term was over in order to practice law once more. Barnum was a member of the Chicago Literary Club, the Union League, and the Iroquois Club.

Barnum married Clara Hyde in 1860. Together they had five children: Belle, Gertrude, Edna, Harry H., and Albert. Barnum died in 1915.

he National Corporation Reporter: Devoted to the Interests of Business and Municipal Corporations, Law, Finance, and Commerce, Volume 26 (1903), Photo