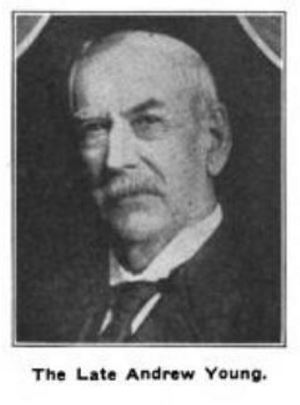 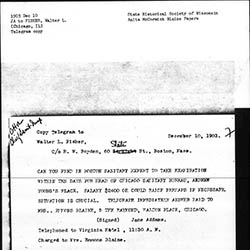 Andrew Young was born in Bonhill, Scotland. He arrived in America in 1854 and in 1855 started a five year apprenticeship with Alexander Raffen, the first plumber in Chicago. Young was passionate about his career, in 1884 he was made president of the National Association of Master Plumbers. He was also the commissioner of the sanitary exhibit at the World's Fair in New Orleans. Young was appointed Chief Inspector of the Board of Sanitary Inspection in Chicago in 1889 and held the position until 1903 when his health became too poor to carry on the position. Young died in 1912.