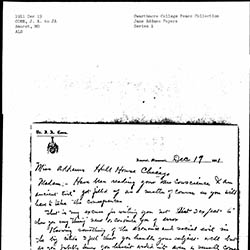 Corn was a doctor in Missouri

John A. Corn was a Physician and Druggist practicing in Clifton and Burlington, KS, Kansas City, MO, and Bagley, IA. He was involved with the Christian Endeavorers of the Presbyterian Church in Le Roy, KS. Corn served in World War I, earning the rank of Lieutenant and then moved to Bagley, IA.

Corn married Bessie Yohe in 1910. The couple broke up after two months after she accused him of violence and name calling and were divorced in 1911. He married Margaret Ulrich in Amoret, MO in 1916. They had a daughter, Jessie Corn.