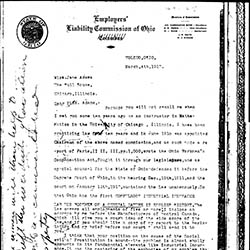 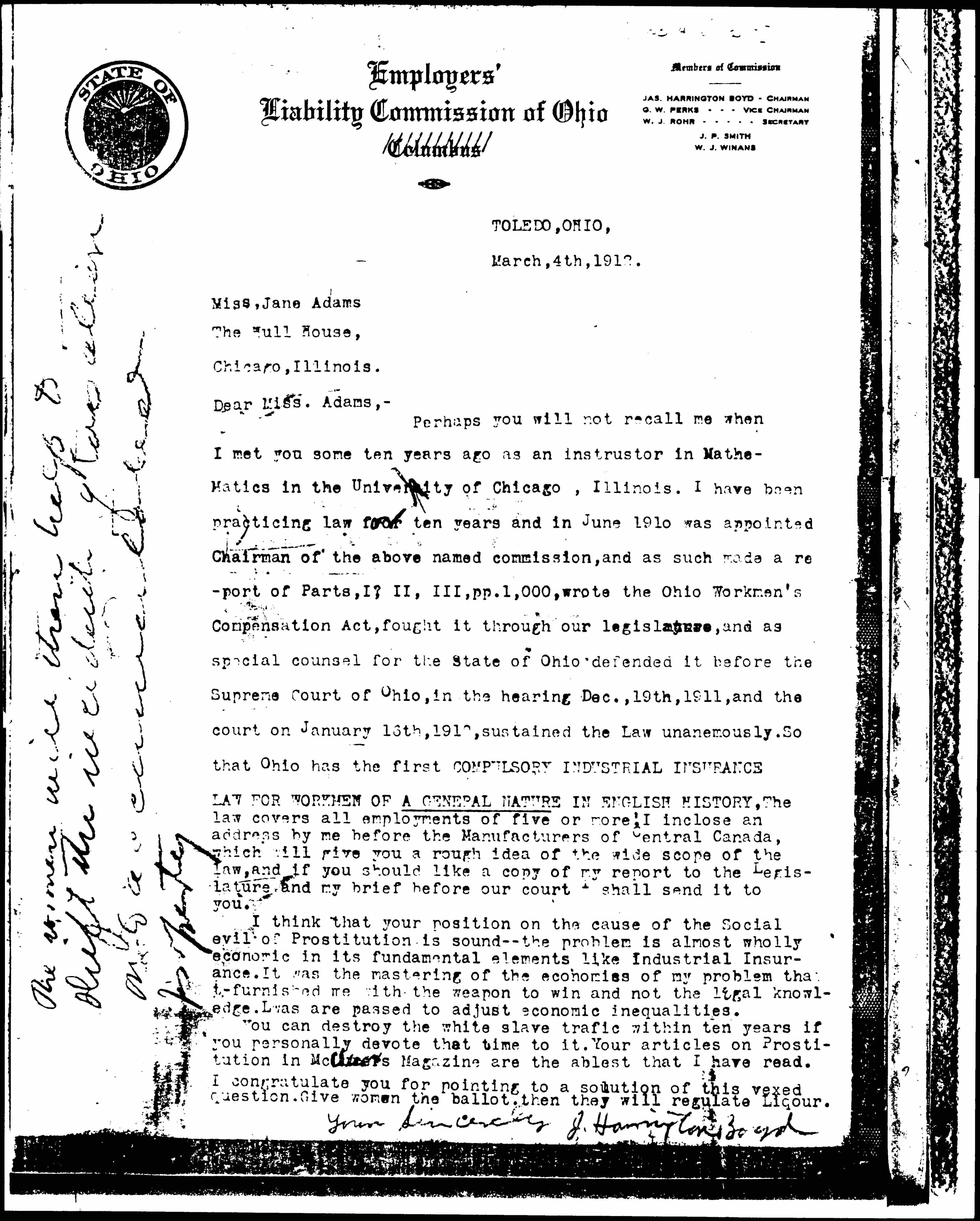 Perhaps you will not recall me when I met you some ten years ago as an instructor in Mathematics in the University of Chicago, Illinois. I have been practicing law for ten years and in June 1910 was appointed Chairman of the above named commission, and as such made a report of Parts, I, II, III, pp. 1,000, wrote the Ohio Workmen's Compensation Act, fought it through our legislature, and as special counsel for the State of Ohio defended it before the Supreme Court of Ohio, in the hearing Dec., 19th, 1911, and the court on January 13th, 1912, sustained the Law [unanimously]. So that Ohio has the first COMPULSORY INDUSTRIAL INSURANCE LAW FOR WOMEN OF A GENERAL NATURE IN ENGLISH HISTORY. The Law covers all employments of five or more! I [enclose] an address by me before the Manufacturers of Central Canada, which will give you a rough idea of the wide scope of the law, and if you should like a copy of my report to the Legislature and my brief before our court I shall send it to you.

I think that your position on the cause of the Social evil of Prostitution is sound -- the problem is almost wholly economic in its fundamental elements like industrial Insurance. It was the mastering of the economies of my problem that furnished me with the weapon to win and not the legal knowledge. Laws are passed to adjust economic inequalities.

You can destroy the white slave [traffic] within ten years if you personally devote that time to it. Your articles on Prostitution in McClure's Magazine are the ablest that I have read.

I congratulate you for pointing to a solution of this vexed question. Give women the ballot, then they will regulate Liquor.

[Written on left margin] The women will then help to shift the incident of taxation on to accumulated prosperity.

Boyd praises Addams for her McClure's articles on prostitution and boasts about his some of his own work for the common good.