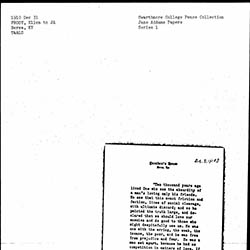 Paul Sabatier received his education at the Faculty of Theology in Paris, and then became vicar of St Nicolas, Strasbourg. However, in 1889, he was expelled after declining an offer of preferment which required him to become a German subject. He then served as pastor of St. Cierge in the Cévennes, but retired in 1893 due to poor health. Sabatier then became a historian, writing Life of Francis of Assisi, Modernism The Jowett Lectures, and A propos de la séparation des églises et de l'état. In 1919 he became a professor of Church history at the University of Strasbourg.