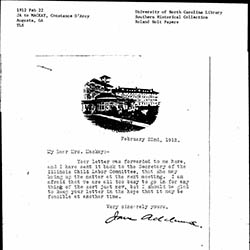 Constance D’Arcy Mackay was an American playwright and director. She produced over sixty plays for both adults and children. Mackay also wrote for various journals and magazines, having over 100 articles published. From 1918 to 1919, she worked as the director of the department of pageantry and drama of the National Headquarters at the War Camp Community Service. Mackay died in 1966.