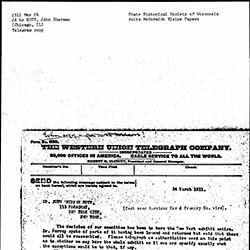 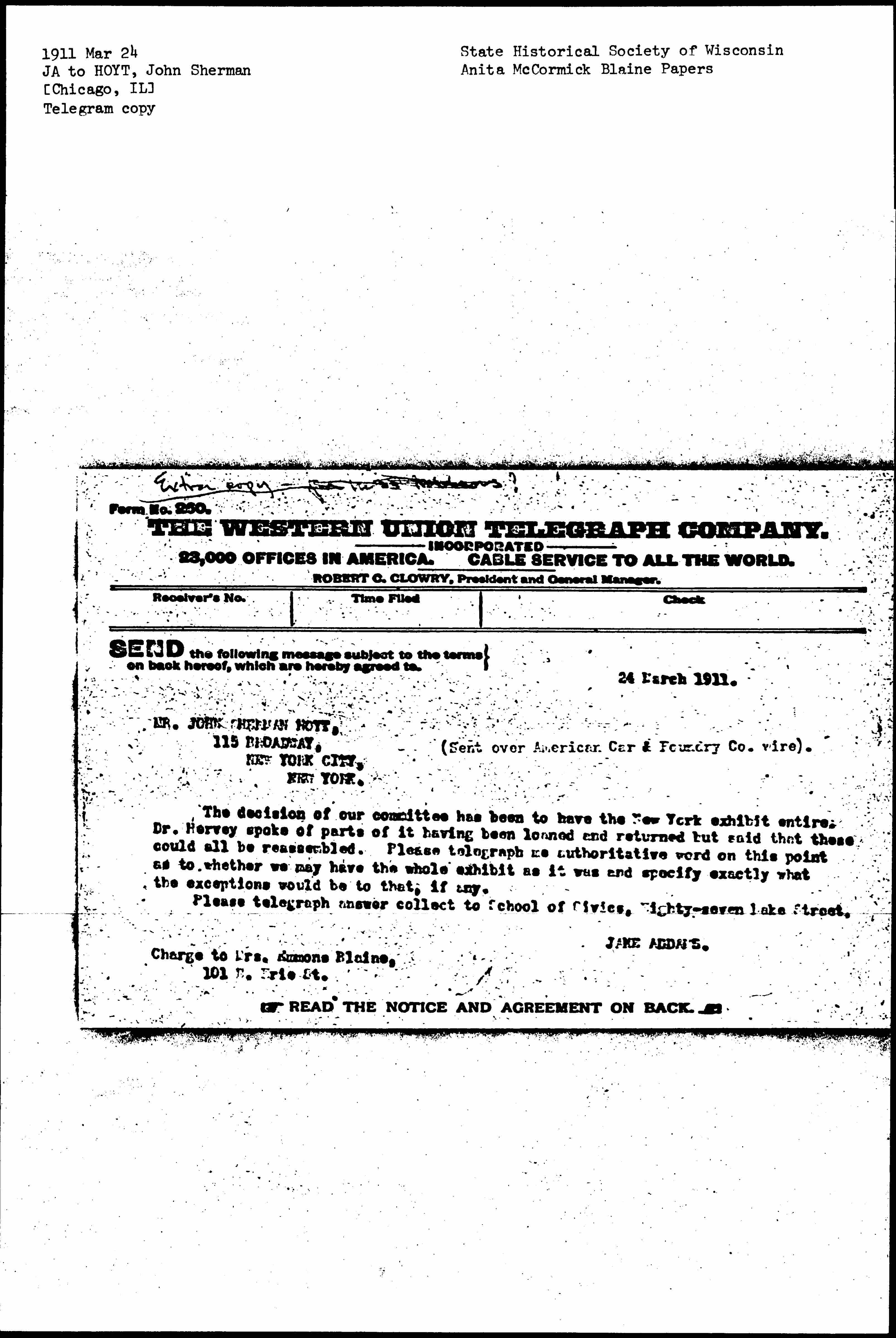 The decision of our committee has been to have the New York exhibit entire. Dr. Hervey spoke of parts of it having been loaned and returned but said that these could all be resembled. Please telegraph me authoritative word on this point as to whether we may have the whole exhibit as it was and specify exactly what the exceptions would be to that, if any. 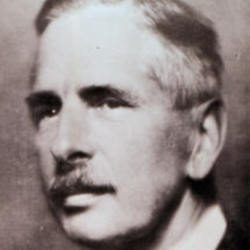 Addams asks Holt if it is possible to borrow the entire New York Exhibit for the Chicago Child Welfare Exhibit.