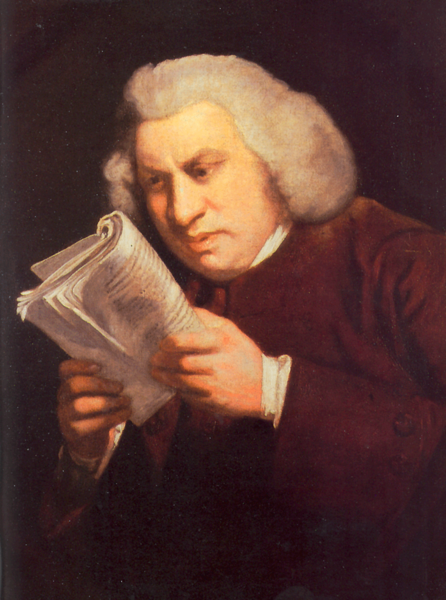 Samuel Johnson was born sickly to a poverty-stricken family. While he never completed his education, Johnson did attend Oxford for a time and eventually received an honorary Master of Arts and doctorate from the institution. He was a poet and essayist but is best known for his Dictionary, published in 1746. While not the first dictionary written in English, it was the most important of the period and there were five editions published. Johnson lived in a state of financial difficulty most of his life until the government awarded him a pension in 1762. Johnson died in 1784.

Samuel Johnson married Elizabeth Porter, who was a widow and 20 years older, in 1735. The couple had no children.