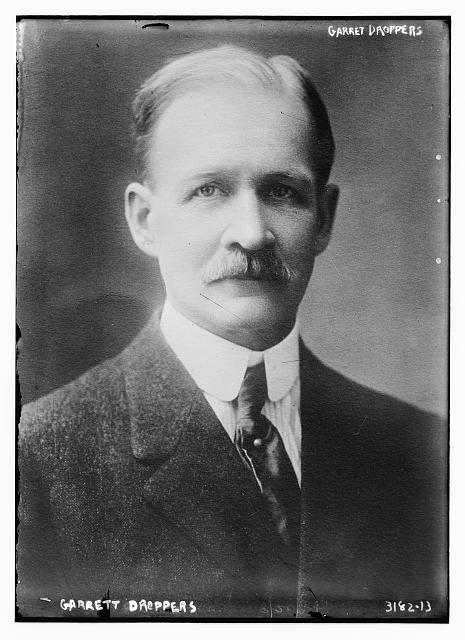 Garrett Droppers attended Harvard University, graduating in 1886. After graduating, he worked as a teacher in New Jersey and New York and then spent a year in Germany studying at the University of Berlin. Dropper then became the chair of political economy and finance at the University of Tokyo, Japan. He stayed there for four years, also serving as secretary of the Asiatic Society of Japan and writing articles on Japan's economy. From 1898 to 1906, he served as the President of the University of South Dakota. In 1912 he was a delegate to the Democratic National Convention. In 1914, Droppers was appointed by Woodrow Wilson as U.S. Ambassador to Greece and Montenegro, serving until 1920. Droppers was a member of the American Association for the Advancement of Science, the American Academy of Science, the American Economic Association, the Knights Templar, and the El Riad Temple of the Ancient Arabic Order of the Nobles of the Mystic Shrine.

Droppers was married to Cora Rand, who died in 1896. In 1897, Droppers remarried to Jean Tewkesbury, his former wife's sister, and they had three children together. Droppers died in 1927.