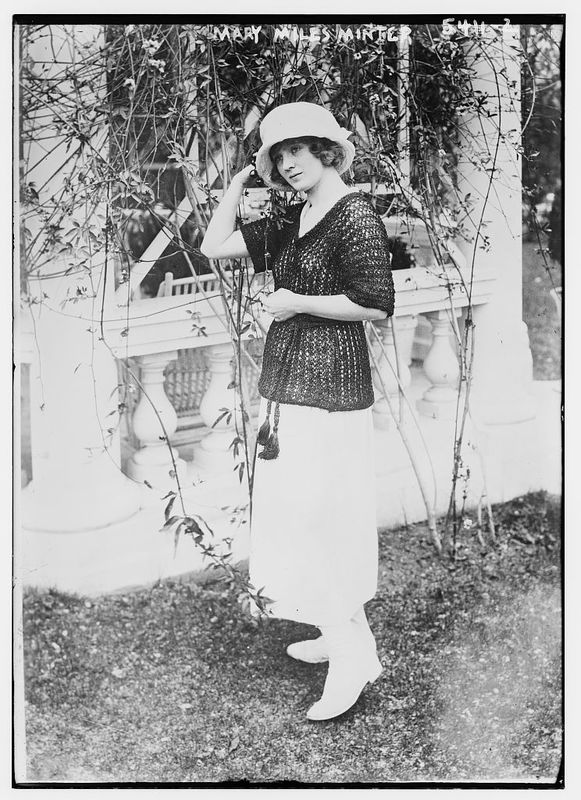 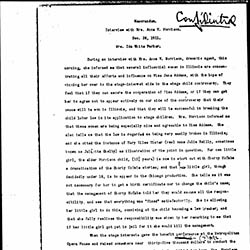 Mary Miles Minter, born Juliet Reilly, was an actress and the daughter of Broadway actress Charlotte Shelby. Minter began acting on the stage at the age of five when she followed her sister to an audition because they had no babysitter. When she was ten, her mother used the birth certificate of her elder sister's deceased daughter in order to avoid child labor laws in Chicago, and she began going by the name Mary Miles Minter. In 1912, she appeared in her first film, The Nurse, and in 1915 she starred in The Fairy and the Waif. In 1919 she was in Anne of Green Gables, directed by William Desmond Taylor, and the two began a romantic relationship despite a thirty year age difference. However, Taylor did not fully reciprocate Minter's feelings, and when he was murdered in 1922 Minter became a prime suspect. Her mother was also a suspect. The murder was never solved, and this scandal forced Minter to retire from her movie career at its peak after a few more films with Paramount. She received more offers to appear in films, but she refused them.

Minter married Brandon O. Hildebrandt in 1957. In 1981, Minter was severely beaten when her home was robbed, and a former companion of hers and three other people were charged with the crime. Minter died of a stroke in 1984.