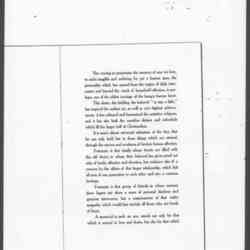 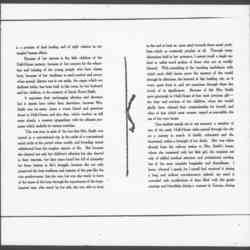 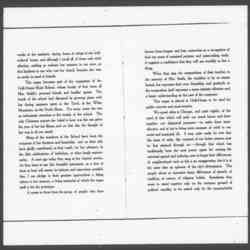 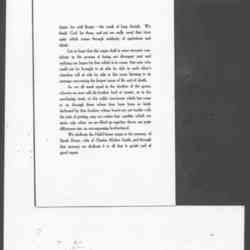 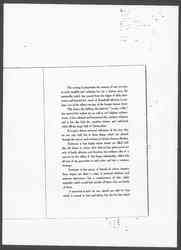 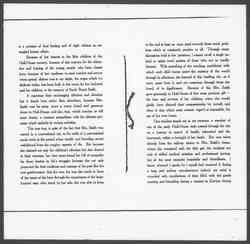 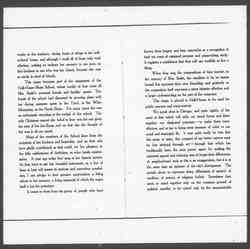 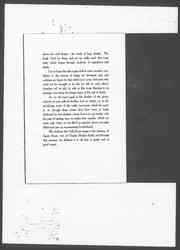 The craving to perpetuate the memory of one we love, to make tangible and enduring for yet a human span, the personality which has passed from the region of daily intercourse and beyond the reach of household affection, is perhaps, one of the oldest cravings of the hungry human heart.

This desire, this bidding the beloved "to stay a little," has inspired the earliest art, as well as art's highest achievements; it has softened and humanized the primitive religions, and it has also built the countless shrines and cathedrals which fill the larger half of Christendom.

It is man's almost universal admission of the fact, that he can only hold fast to those things which are eternal, through the sorrow and weakness of broken human affection.

Fortunate is that family whose hearts are filled with this old desire, to whom their beloved has given proof not only of family affection and devotion, but evidence also of a concern for the affairs of that larger relationship, which link all men of one generation to each other and into a common heritage.

Fortunate is that group of friends, in whose memory there lingers not alone a sense of personal kindness and gracious intercourse, but a consciousness of that wider sympathy which would fain include all those who are lonely of heart.

A memorial to such [a] one, stands not only for that which is eternal in love and desire, but also for that which [page 2] is a promise of final healing and of right relation in our tangled human affairs.

Because of her interest in the little children of the Hull-House nursery; because of her concern for the education and training of the young people who form classes here; because of her readiness to send comfort and succor when special distress was in our midst, the organ which we dedicate today, has been built in this room, by her husband and her children, to the memory of Sarah Rozet Smith.

It expresses their unchanging affection and devotion but it stands here rather than elsewhere, because Mrs. Smith was for many years a warm friend and generous donor to Hull-House, and also, that, which touches us still more closely, a constant sympathizer with the ultimate purposes which underlie its various activities.

This was true, in spite of the fact that Mrs. Smith was reared in a conventional city, in the midst of a conventional social circle at the period when wealth and breeding meant withdrawal from the rough aspects of life. But because she claimed not only her children's affection but also shared in their interests, her later years found her full of sympathy for those beaten in life's struggle; because she not only preserved the best traditions and customs of the past like the true gentlewoman that she was, but was also ready to learn of the issues of the hour through the experiences of the large-hearted man who stood by her side, she was able to keep [page 3] to the end at least an open mind toward those social problems which so constantly perplex us all. Through many discussions held in her presence, I cannot recall a single unkind or unfair word spoken of those who are so readily blamed. With something of the touching confidence with which each child learns anew the mystery of the world through its affections, she learned of this bustling city, as it were, apart from it, and yet conscious, through those she loved, of its significance. Because of this Mrs. Smith gave graciously to Hull-House of that most precious gift -– the time and services of her children, when she would gladly have claimed their companionship for herself, and often of that which most women regard as impossible, the use of her own house.

One incident stands out in my memory: a member of one of the early Hull-House clubs passed through the city on a journey in search of health, exhausted and disheartened, within a fortnight of her death. She was taken directly from the railway station to Mrs. Smith's house, where she remained with her little girl, the recipient not only of skilled medical attention and professional nursing, but of the most exquisite hospitality and friendliness. I know whereof I speak, for I myself had received it during a long and tedious convalescence; indeed, my mind is crowded with recollections of days filled with this gentle courtesy and friendship during a summer in Europe, during [page 4] weeks at the seashore, during hours of refuge in the well-ordered home; and although I recall all of those with vivid affection, nothing so endears her memory to me now, as that kindness to one who was her friend, because she was so sorely in need of friends.

This organ becomes part of the equipment of the Hull-House Music School, whose faculty of four were all Mrs. Smith's personal friends and familiar guests. The heads of the school has discussed its growing plans with her during summers spent in the Tyrol, in the White Mountains, on the North Shore. For many years she was an enthusiastic attendant at the recitals of the school. The only Christmas concert she failed to hear was the one given the year of her last illness, and on that day the thought of her was in all our minds.

Many of the members of the School have been the recipients of her kindness and hospitality, and on their side have gladly contributed, as they could, for her pleasure, in the little celebrations of birthdays, or other family anniversaries. A year ago today they sang at her funeral service. As they learn to use this beautiful instrument, as a few of them at least will master its intricate and marvelous possibilities, I can pledge in their genuine appreciation a fitting tribute to her memory, a living memorial of which the organ itself is but the prototype.

It comes to them from the group of people who have [page 5] known them longest and best, somewhat as a recognition of their ten years of sustained purpose and [painstaking] study.  It registers a confidence that they will use worthily so fine a thing.

When they sing the compositions of their teacher, to the memory of Mrs. Smith, the rendition is by no means formal, but expresses their own friendship and gratitude as the composition itself expresses a more intimate affection and a larger understanding on the part of the composer.

This organ is placed in Hull-House to be used for public concerts and anniversaries.

We speak often in Chicago, and quite rightly, of the need of that which will unify our moral forces and draw together our dissipated purposes -- to make them more effective, and at last to bring some measure of relief to our social and municipal ills. It may quite easily be true that this sense of unity, this compact of our better natures must be first attained through art -- through that which has traditionally been the most potent agent for making the universal appeal and inducing men to forget their differences. A neighborhood such as this is an exaggeration, but it is at the same time an epitome of the city's divergences. The people about us represent sharp differences of speech, of tradition, of custom, of religious beliefs. Sometimes they seem to stand together only on the common ground of political equality, to be united only by the unquenchable [page 6] desire for civil liberty -– the result of long denials. We thank God for these, and yet we sadly need that truer unity which comes through similarity of aspirations and ideals.

Let us hope that this organ shall in some measure contribute to the process of fusing our divergent past and unifying our hopes for that which is to come; that men who could not be brought to sit side by side in each other's churches will sit side by side in this room listening to its message concerning the deeper issues of life and of death.

As we all stand equal in the shadow of the grave, wherein no man calls his brother lord or master, so in the enveloping music of this noble instrument which has come to us through those whose lives have been so lately darkened by that shadow; whose hearts are yet tender with the pain of parting, may we realize that equality which we attain only when we are lifted up together above our petty differences into an encompassing brotherhood.

We dedicate the Hull-House organ to the memory of Sarah Rozet, wife of Charles Mather Smith, and through that memory we dedicate it to all that is gentle and of good report.

Addams gave a tribute to the life of Sarah Rozet Smith at the dedication of the Hull-House organ. This speech was later printed as a pamphlet.

Published in Dedication of the Hull House Organ (1904).