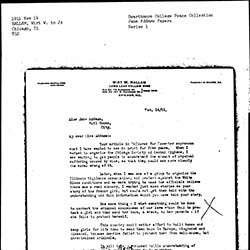 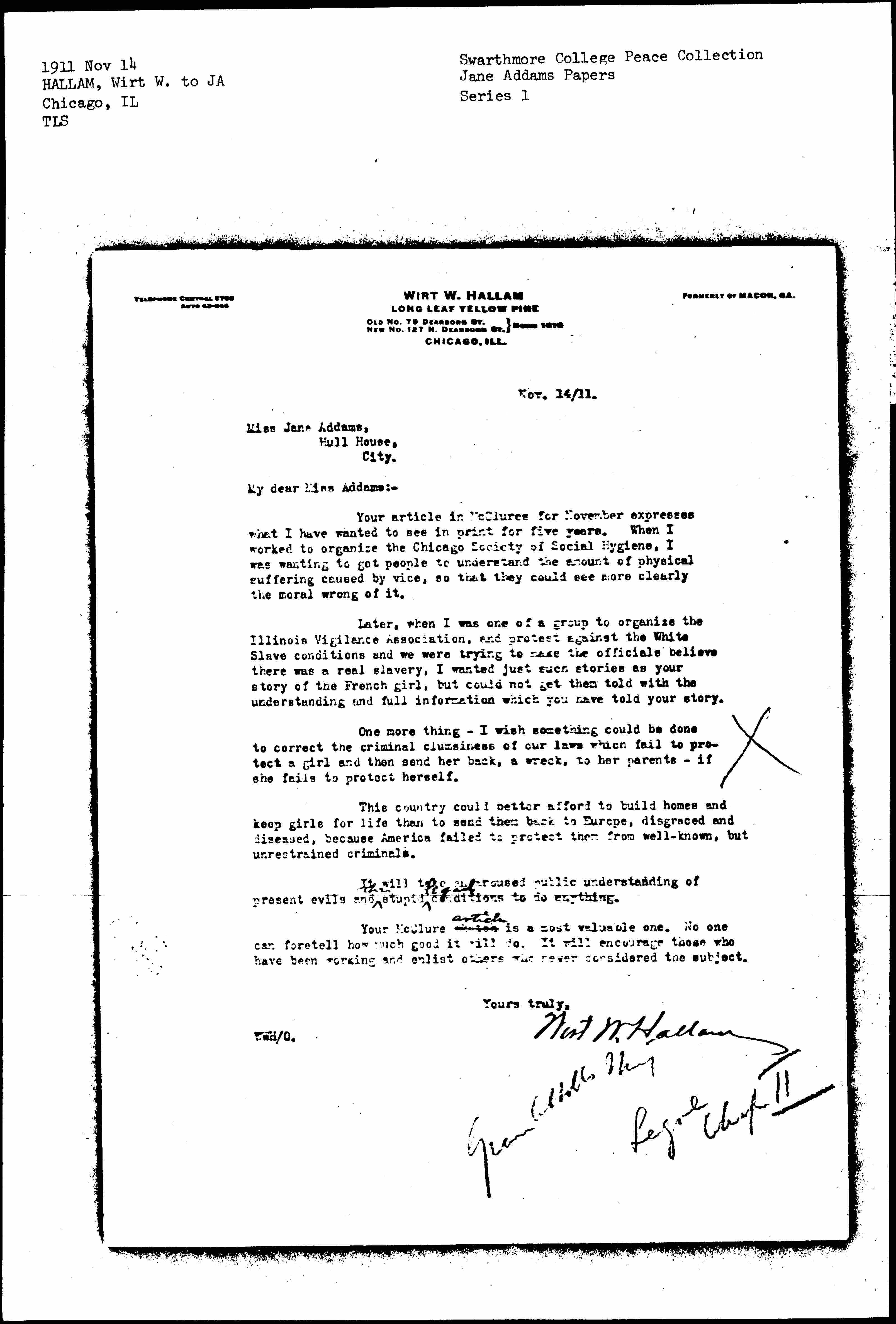 Your article in McClures for November expresses what I have wanted to see in print for five years. When I worked to organize the Chicago Society of Social Hygiene, I was wanting to get people to understand the amount of physical suffering caused by vice, so that they could see more clearly the moral wrong of it.

Later, when I was one of a group to organize the Illinois Vigilance Association, and protest against the White Slave conditions and we were trying to make the officials believe there was a real slavery, I wanted just such stories as your story of the French girl, but could not get them told with the understanding and full information which you have told your story.

One more thing -- I wish something could be done to correct the criminal clumsiness of our laws which fail to protect a girl and then send her back, a wreck, to her parents -- if she fails to protect herself.

This country could better afford to build homes and keep girls for life than to send them back to Europe, disgraced and diseased, because America failed to protect them from well-known, but unrestrained criminals.

It will take an aroused public understanding of present evils and <the> stupid <regard> conditions to do anything.

Your McClure [illegible] <article> is a most valuable one. No one can foretell how much good it will do. It will encourage those who have been working and enlist others the [fewer?] considered the subject. 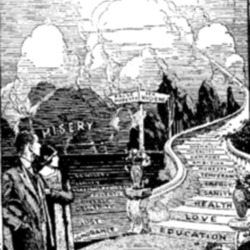 Hallam praises Addams' recent article on white slavery and shares his ideas about fighting the problem.