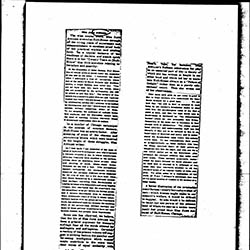 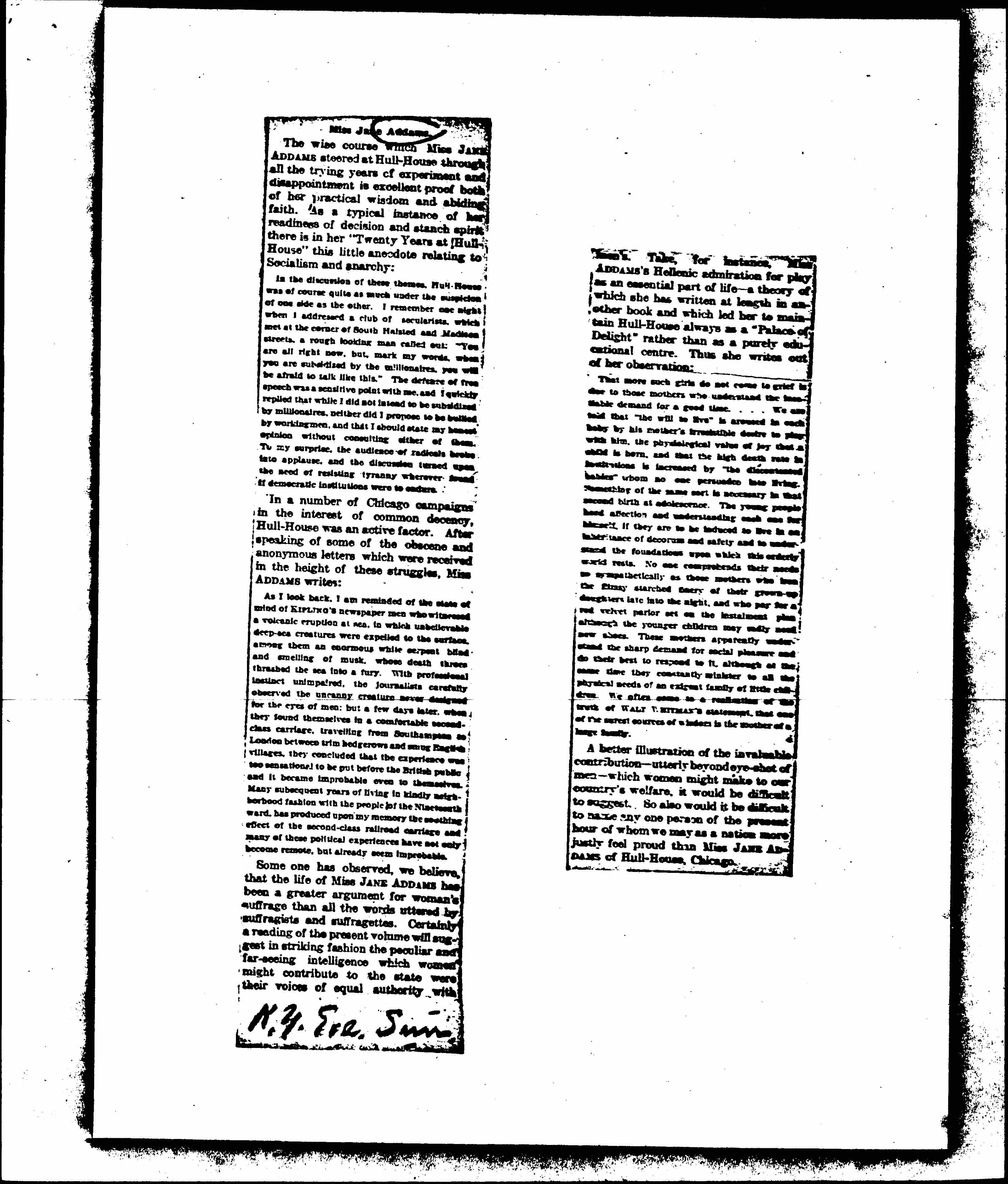 The wise course which Miss JANE ADDAMS steered at Hull-House through all the trying years of experiment and disappointment is excellent proof both of her practical wisdom and abiding faith. As a typical instance of her readiness of decision and stanch spirit there is in her "Twenty Years at Hull-House" this little anecdote relating to Socialism and anarchy:

In the discussion of these themes, Hull-House was of course quite as much under the suspicion of one side as the other. I remember one night when I addressed a club of secularists, which met at the corner of South Halted and Madison streets, a rough looking man called out: "You are all right now, but, mark my words, when you are subsidized by the millionaires, you will be afraid to talk like this." The [defense] of free speech was a sensitive point with me, and I quickly replied that while I did not intend to be subsidized by millionaires, neither did I propose to be bullied by workingmen, and that I should state my honest opinion without consulting either of them. To my surprise, the audience of radicals broke into applause, and the discussion turned upon the need of resisting tyranny wherever found if democratic institutions were to endure.

In a number of Chicago campaigns in the interest of common decency, Hull-House was an active factor. After speaking of some of the obscene and anonymous letters which were received in the height of these struggles, Miss ADDAMS writes:

As I look back, I am reminded of the state of mind of KIPLING's newspaper men who witnessed a volcanic eruption at sea, in which unbelievable deep-sea creatures were expelled to the surface, among them an enormous white serpent blind and smelling of musk, whose death throes thrashed the sea into a fury. With professional instinct unimpaired, the journalists carefully observed the uncanny creature never designed for the eyes of men: but a few days later, when they found themselves in a comfortable second-class carriage, traveling from Southampton to London between trim hedgerows and snug English villages, they concluded that the experience was too sensational to be put before the British public and it became improbable even to themselves. Many subsequent years of living in kindly neighborhood fashion with the people of the Nineteenth ward, has produced upon my memory the soothing effect of the second-class railroad carriage and many of these political experiences have not only become remote, but already seem improbable.

Some one has observed, we believe, that the life of Miss JANE ADDAMS has been a greater argument for woman's suffrage than all the words uttered by suffragists and suffragettes. Certainly a reading of the present volume will suggest in striking fashion the peculiar and far-seeing intelligence which women might contribute to the state were their voices of equal authority with men's. Take for instance, Miss ADDAM's Hellenic admiration for play as an essential part of life -- a theory of which she has written at length in another book and which led her to maintain Hull-House always as a "Palace of Delight" rather than as a purely education [center]. Thus she writes out of her observation:

That more such girls do not come to grief is clear to those mothers who understand the [justifiable] demand for a good time...We are told that "the will to live" is aroused in each baby by his mother's irresistible desire to play with him, the physiological value of joy that a child is born, and that the high death rate in institutions is increased by 'the disconnected babies" whom no one persuades into living. Something of the same sort is necessary in that second birth at adolescence. The young people need affection and understanding each one for himself, if they are to be induced to live in an inheritance of decorum and safety and to understand the foundations upon which this orderly world rests. No one comprehends their needs so sympathetically as those mothers who love the finely  starched finery of their grown-up daughters late into the night, and who pay for a red velvet parlor set on the installment plan although the younger children may sadly need new shoes. These mothers apparently understand the sharp demand for social pleasure and do their best to respond to it, although at the same time they constantly minister to all the physical needs of an exigent family of little children. We often come to a realization of the truth of WALT WHITMAN's statement, that one of the surest  sources of wisdom is the mother of a large family.

A better illustration of the invaluable contribution -- utterly beyond eye-shot of men -- which women might make to our country's welfare, it would be difficult to suggest. So also would it be difficult to name any one person of the present hour of whom we may as a nation more justly feel proud than Miss JANE ADDAMS of Hull-House, Chicago. 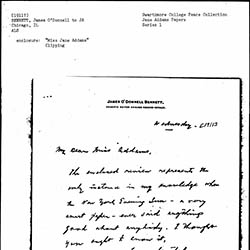 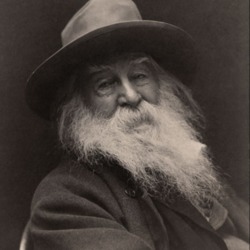 A review article that includes excerpts of Addams' Twenty Years at Hull House and discusses her work at Hull-House and her contributions to Chicago.

O'Donnell has written on the bottom of the page "N.Y. Eve. Sun."