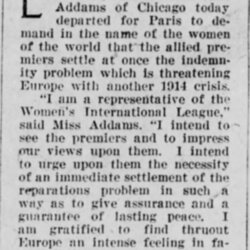 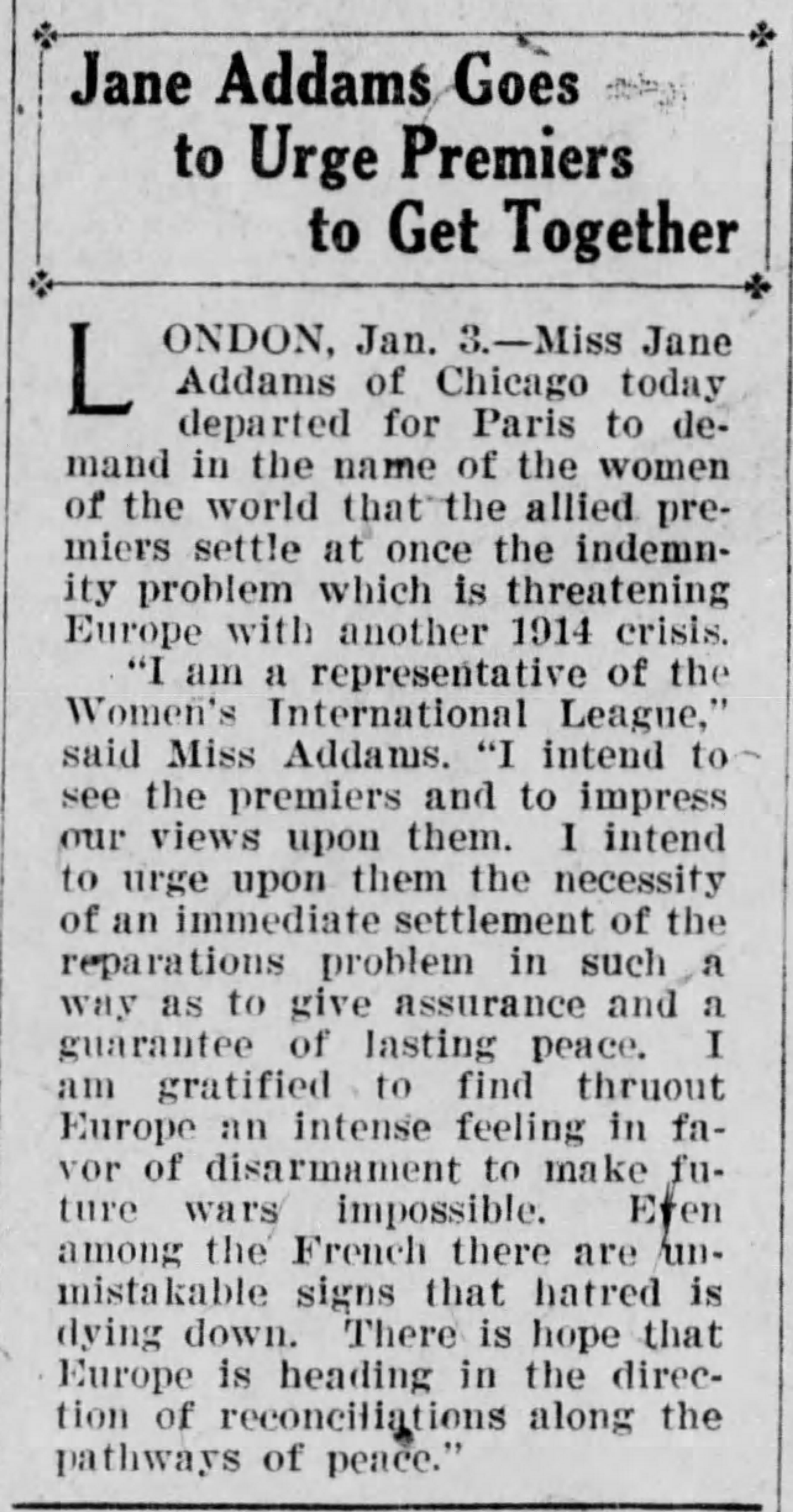 Jane Addams Goes to Urge Premiers to Get Together

LONDON, Jan. 3. --  Miss Jane Addams of Chicago today departed for Paris to demand in the name of the women of the world that the allied premiers settle at once the indemnity problem which is threatening Europe with another 1914 crisis.

"I am a representative of the Women's International League," said Miss Addams. "I intend to see the premiers and to impress our views upon them. I intend to urge upon them the necessity of an immediate settlement of the reparations problem in such a way as to give assurance and a guarantee of lasting peace. I am gratified to find [throughout] Europe an intense feeling in favor of disarmament to make future wars impossible. Even among the French there are unmistakable signs that hatred is dying down. There is hope that Europe is heading in the direction of reconciliations along the pathways of peace."

Addams announces that she is meeting with world leaders to urge them to settle the reparations problem immediately.