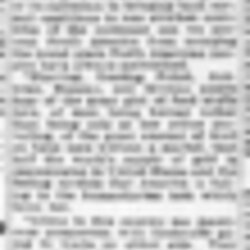 POINTS AMERICA TO HER DUTY IN FEEDING HUNGRY

Advising aid for the starving peoples of Europe, not only as a humanitarian move but as a means of holding the prestige which America has gained as a land of opportunity, Jane Addams, world famous social worker, brought before 400 City Club members and their guests one of the most illuminating lectures of the year Wednesday noon. After the chief talk of the afternoon, the men stepped out and Miss Addams spoke to the women guests of the club alone on the work being done among the foreigners at Hull House, Chicago's chief welfare settlement.

The Woman's club, the Art class, the College club, the D.A.R., the Study class, Woman's Council, the Delphian societies, the Parent-Teachers' association, the St. Patrick's Woman's Club and practically all the philanthropic organizations of the city were represented in the crowd which listened attentively to the message brought by Miss Addams, known the world over for her knowledge of the world's needs and the remedies. They were there at the invitation of the City club, which felt that the distinguished guest of the afternoon had a message which all organizations of the city should share.

Miss Addams was introduced by Mrs. Eugenia Bacon, a friend and [coworker] for many years.

"National lines and boundaries should be disregarded in this great work of saving lives," she told them. "In Russia it is not a question of aiding the Bolshevik regime, but of saving millions of men, women and children from death by starvation. While America has plenty, Europe starves, and only by doing our part toward sharing our good fortune can we maintain the high regard and esteem which Europeans have held for us."

"There is now a feeling in Europe that America is sitting idly by while famine gains a strangle hold on peoples of many races, and unless by increased gifts of foodstuffs, and greater [cooperation] in bringing back normal conditions to war stricken countries of the continent can we prevent South America from usurping the proud place North American peoples have always maintained.

"Staving, freezing Polish, Austrian, Russian, and German people hear of the great glut of food stuffs here, of corn being burned rather than being sold at low prices prevailing, of the great amount of wool on hand here without a market, that half the world's supply of gold is concentrated in United States and the feeling spreads that America is failing in the humanitarian task which faces her.

"Aliens in this country see Americans prosperous, with foodstuffs going to waste on either side. They hear of their friends and relatives in the old country dying of slow starvation, bitterness for the land of their adoption fills their hearts and Americanization becomes difficult."

Must Assume More of Burden

"Unless more of the burden is assumed by this country, one of the few countries that can really afford to give aid in wholesale, South America, and not North America will be the Mecca for European emigrants."

In speaking of immigration, Miss Addams expressed her disapproval of the present law governing incoming aliens by the number of the percentage of each nation already here. She intimated that the law, in her opinion was not for the best interest of either the foreigner or of the United States.

Miss Addams disparaged the prejudice which is attached to the world "alien".

"The alien is a human being, the same as you or I," she told them. "The only difference is that he has not become an American citizen. He may be just as wise, as virtuous and deserving as the American citizen who looks upon him with such disfavor. It is a problem in humanity, not nationality with which we are dealing."

Gruesome facts about conditions in Russia and Austria, the countries probably hardest hit by the famine were intermingled with the talk, to prove the great need that existed. She hailed Herbert Hoover and the American Relief association as the [saviors] of millions of children during the early periods of the famine.

"The [Lenin] and [Trotsky] regime is not altogether to blame for the conditions now existing in Russia," she said. "It is true that the government requisitioned too great a proportion of the grain grown by the peasants, but the drought which had struck the valley was the primary reason for the starvation period.

"The lack of moisture during the [crop] season has reduced the harvests in the Volga valley to one fortieth of normal," she said. Grass ground with horses hoofs and made into pancakes comprises a good share of the diet for this winter, now that the slim crop of melons is exhausted. Miss Addams obtained her facts from a Quaker woman who had made her home in that valley for a considerable time. She told the story of a man who had dug a grave for himself and his family of six before he became too weak, knowing they would never survive the terrible winter.

She told of a plan, whereby raw wool and cotton from this country would be sent to the mill districts of Austria and Germany to give employment to the millions out of work there. The material would be paid for in finished pieces.

An informal reception followed the talk, after M. C. Nelson, president of the club had informed the men of the club that they were "welcome no longer." After being introduced to the guest of honor, the women asked that she talk briefly on her work in the Hull House settlement and she complied with an informal discussion.

Government of the Soviet Union 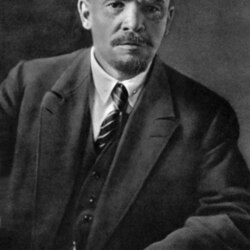 Addams spoke on America's role in international relief efforts and about the work done at Hull House.