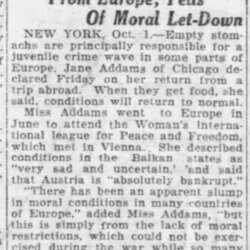 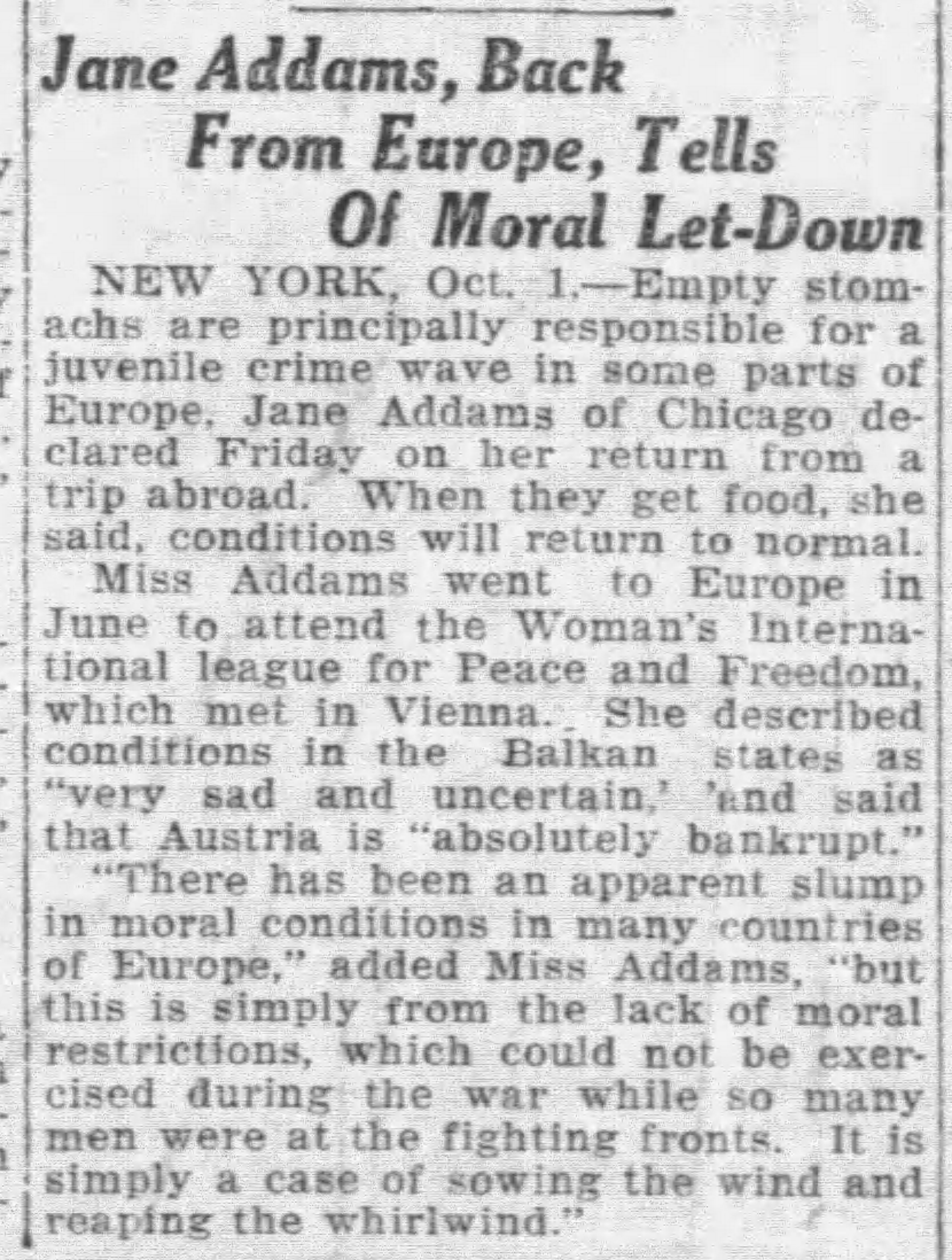 Jane Addams, Back from Europe, Tells of Moral Let-Down

NEW YORK, Oct. 1. -- Empty stomachs are principally responsible for a juvenile crime wave in some parts of Europe, Jane Addams of Chicago declared Friday on her return from a trip abroad. When they get food, she said, conditions will return to normal.

Miss Addams went to Europe in June to attend the Woman's International league for Peace and Freedom, which met in Vienna. She described conditions in the Balkan states as "very sad and uncertain," and said that Austria is "absolutely bankrupt."

"There has been an apparent slump in moral conditions in many countries of Europe." added Miss Addams, "but this is simply from the lack of moral restrictions, which could not be exercised during the war while so many men were at the fighting fronts. It is simply a cause of sowing the wind and reaping the whirlwind." 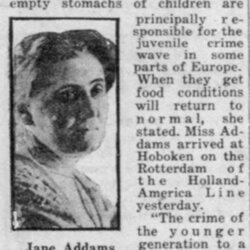 Addams argues that Europe's moral slump is due to wartime problems.