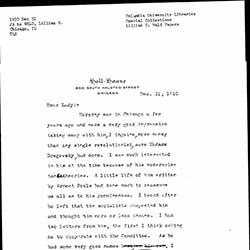 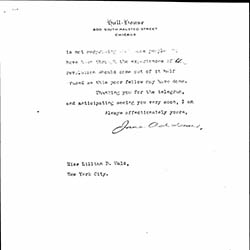 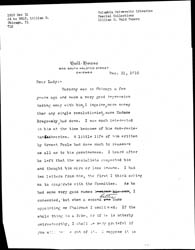 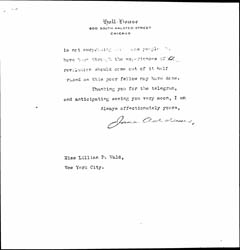 Narodny was in Chicago a few years ago and made a very good impression taking away with him, I imagine, more money than any single revolutionist, save Madame [Breshkovsky], had done. I was much interested in him at the time because of his non-resistance theories. A little life of him written by Ernest Poole had done much to reassure us all as to his genuineness. I heard after he left that the socialists suspected him and thought him more or less insane. I had two letters from him, the first I think asking me to cooperate with the Committee. As he had some very good names besides his own, I consented, but when a second one <letter> came appointing me Chairman I declined. If the whole thing is a fake, or if he is utterly untrustworthy, I shall be very grateful if you will [leave me] out of it. I suppose it is [page 2] not surprising [that] some people who have been through the experiences of <the> revolution should come out of it half crazed as this poor fellow may have done.

Thanking you for the telegram, and anticipating seeing you very soon, I am 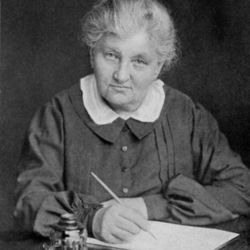 Addams writes to Lillian Wald regarding Ivan Narodny's letters to her.