Comments Regarding the International Congress of Women, July 16, 1921 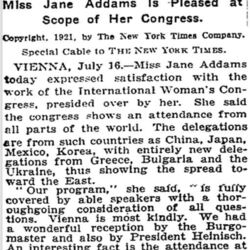 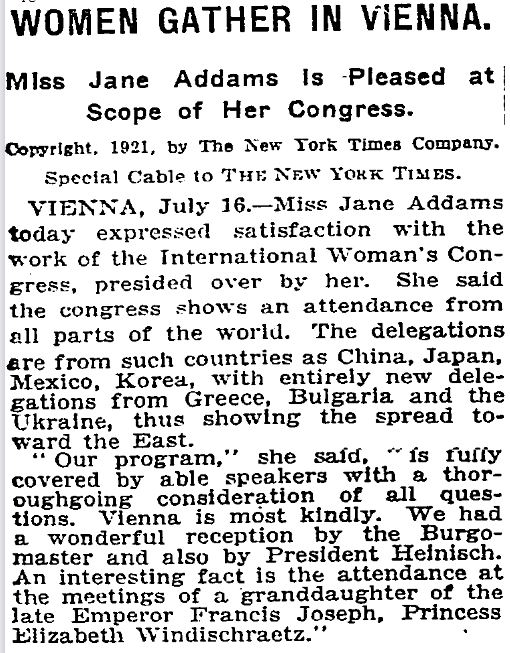 Miss Jane Addams Is Pleased at Scope of Her Congress.

VIENNA, July 16. --  Miss Jane Addams today expressed satisfaction with the work of the International Woman's Congress, presided over by her. She said the congress shows an attendance from all parts of the world. The delegations are from such countries as China, Japan, Mexico, Korea, with entirely new delegations from Greece, Bulgaria and the Ukraine, thus showing the spread toward the East.

"Our program," she said, "is fully covered by able speakers with a thoroughgoing consideration of all questions. Vienna is most kindly. We had a wonderful reception by the Burgomaster and also by President [Hainisch]. An interesting fact is the attendance at the meetings of a granddaughter of the late Emperor Francis Joseph, Princess Elizabeth [Windisch-Graetz]." 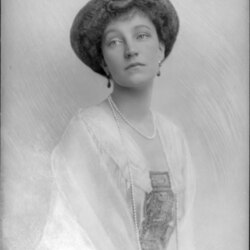 Addams remarks on the success of the International Congress of Women.