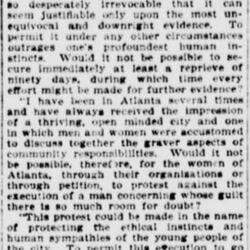 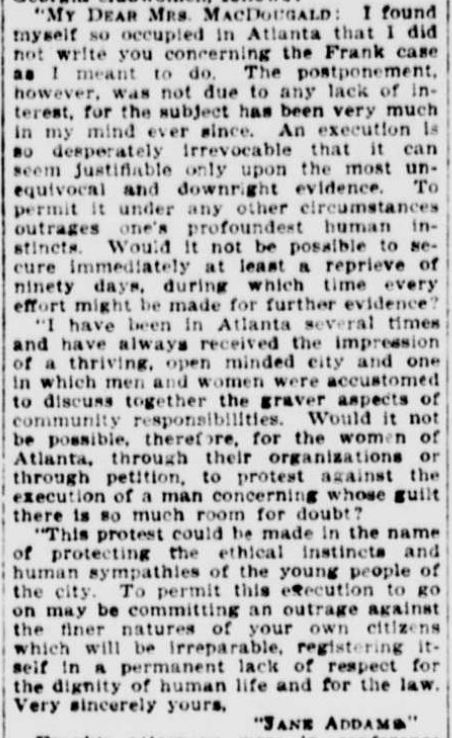 "MY DEAR MRS. MACDOUGALD: I found myself so occupied in Atlanta that I did not write you concerning the Frank case as I meant to do. The postponement, however, was not due to any lack of interest, for the subject has been very much in my mind ever since. An execution is so desperately irrevocable that it can seem justifiable only upon the most unequivocal and downright evidence. To permit it under any other circumstances outrages one's profoundest human instincts. Would it not be possible to secure immediately at least a reprieve of ninety days, during which time every effort might be made for further evidence?

"I have been in Atlanta several times and have always received the impression of a thriving, open minded city and one in which men and women were accustomed to discuss together the graver aspects of community responsibilities. Would it not be possible, therefore, for the women of Atlanta, through their organizations or through petition, to protest against the execution of a man concerning whose guilt there is so much room for doubt?

This protest could be made in the name of protecting the ethical instincts and human sympathies of the young people of the city. To permit this execution to go on may be committing an outrage against the finer natures of your own citizens which will be irreparable, registering itself in a permanent lack of respect for the dignity of human life and for the law. Very sincerely yours, 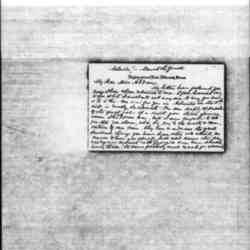 Addams asks MacDougald to organize the women of Atlanta to seek a reprieve for Leo Frank in order to review the evidence.

The original letter has not been found.