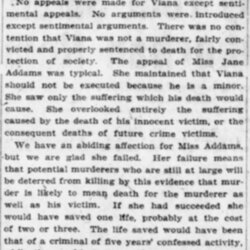 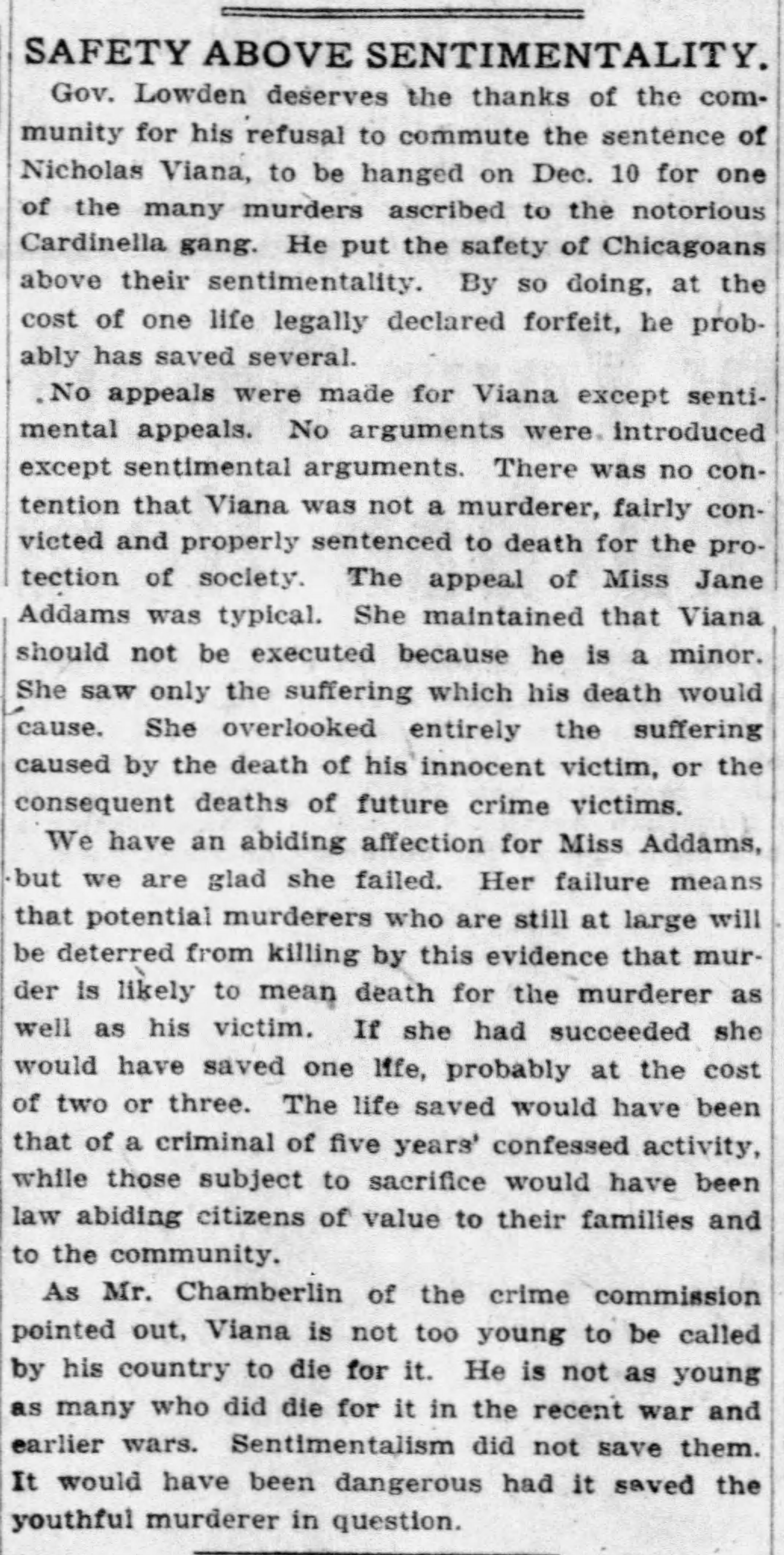 Gov. Lowden deserves the thanks of the community for his refusal to commute the sentence of Nicholas Viana, to be hanged on Dec. 10 for one of the many murders ascribed to the notorious Cardinella gang. He put the safety of Chicagoans above their sentimentality. By so doing, at the cost of one life legally declared forfeit, he probably has saved several.

No appeals were made for Viana except sentimental appeals. No arguments were introduced except sentimental arguments. There was no contention that Viana was not a murderer, fairly convicted and properly sentenced to death for the protection of society. The appeal of Miss Jane Addams was typical. She maintained that Viana should not be executed because he is a minor. She saw only the suffering which his death would cause. She overlooked entirely the suffering caused by the death of his innocent victim, or the consequent deaths of future crime victims.

We have an abiding affection for Miss Addams, but we are glad she failed. Her failure means that potential murderers who are still at large will be deterred from killing by this evidence that murder is likely to mean death for the murderer as well as his victim. If she had succeeded she would have saved one life, probably at the cost of two or three. The life saved would have been that of a criminal of five years’ confessed activity, while those subject to sacrifice would have been law abiding citizens of value to their families and to the community.

As Mr. Chamberlin of the crime commission pointed out, Viana is not too young to be called by his country to die for it. He is not as young as many who did die for it in the recent war and earlier wars. Sentimentalism did not save them. It would have been dangerous had it saved the youthful murderer in question. 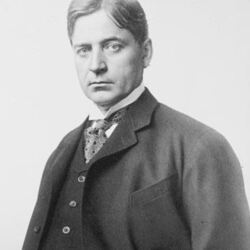 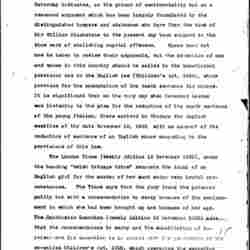 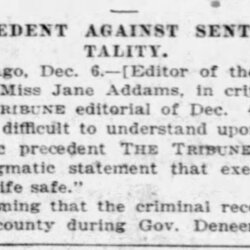 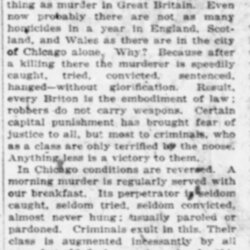