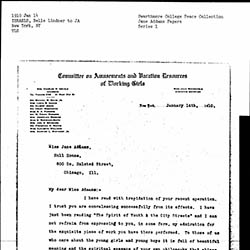 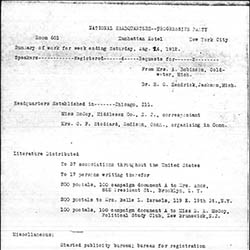 Belle Lindner was an activist and social worker. After attending Teachers College of Columbia University, she became a social worker at the Educational Alliance. Starting in 1903, she had began to push for social reform. By 1910, she had helped created new regulations for safer dance hall conditions, and would later help to settle workers' grievances in the Garment District. She supported Al Smith in his runnings for Governor of New York; beoming one of his closest advisors and campaign manager.

In 1903, Belle Lindner married Charles Henry Israels. They had four children together: Carlos, Miriam, Joseph, and Charles. Israels died in 1911 of pericarditis. In 1914 she married Henry Moskowitz, a settlement worker on the Lower East Side. She died in 1933.