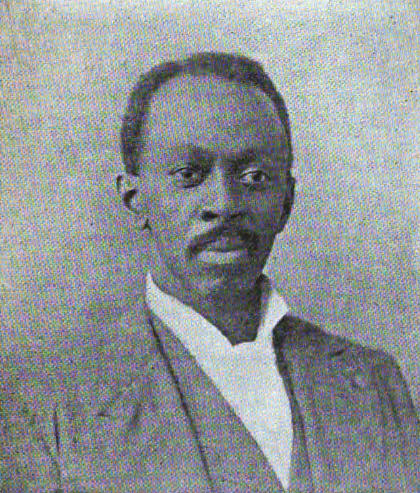 Richard R. Wright was born into slavery in Georgia. After emancipation, Wright's mother moved to Cuthbert, Georgia, where Wright attended the Storrs School. In 1898, President William McKinley appointed Wright as Major and Paymaster of United States Volunteers in the United States Army, making him the first African-American to serve as an army paymaster. He was the highest ranking African American officer during the Spanish-American War. He served as the first president of the Georgia State Industrial College for Colored Youth from 1891 to 1921. During this time, Wright also traveled to various colleges and studied trends in higher education, using his studies to develop a new curriculum for Georgia State College. This made him one of the leading figures of Black higher education in America. In 1921, Wright moved to Philadelphia and decided to open a bank, enrolling in the Wharton Business School at the University of Pennsylvania. He then founded Philadelphia's Citizens and Southern Bank and Trust Company, the only African-American-owned bank in the North and the first African-American trust company at the time. Wright also founded the Negro Bankers Association, the first African-American banking association. Wright was the founder of National Freedom Day, proposing to make February 1st a day to memorialize the signing of the 13th Amendment to the U.S. Constitution; the holiday was not formally created until a year after Wright's death, however.

Wright was married to Lydia Elizabeth Howard in 1878. They had nine children together. Wright died in 1947.