A Message to All Women, December 1922 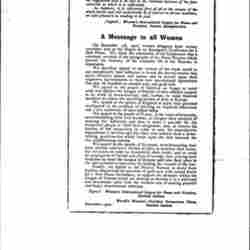 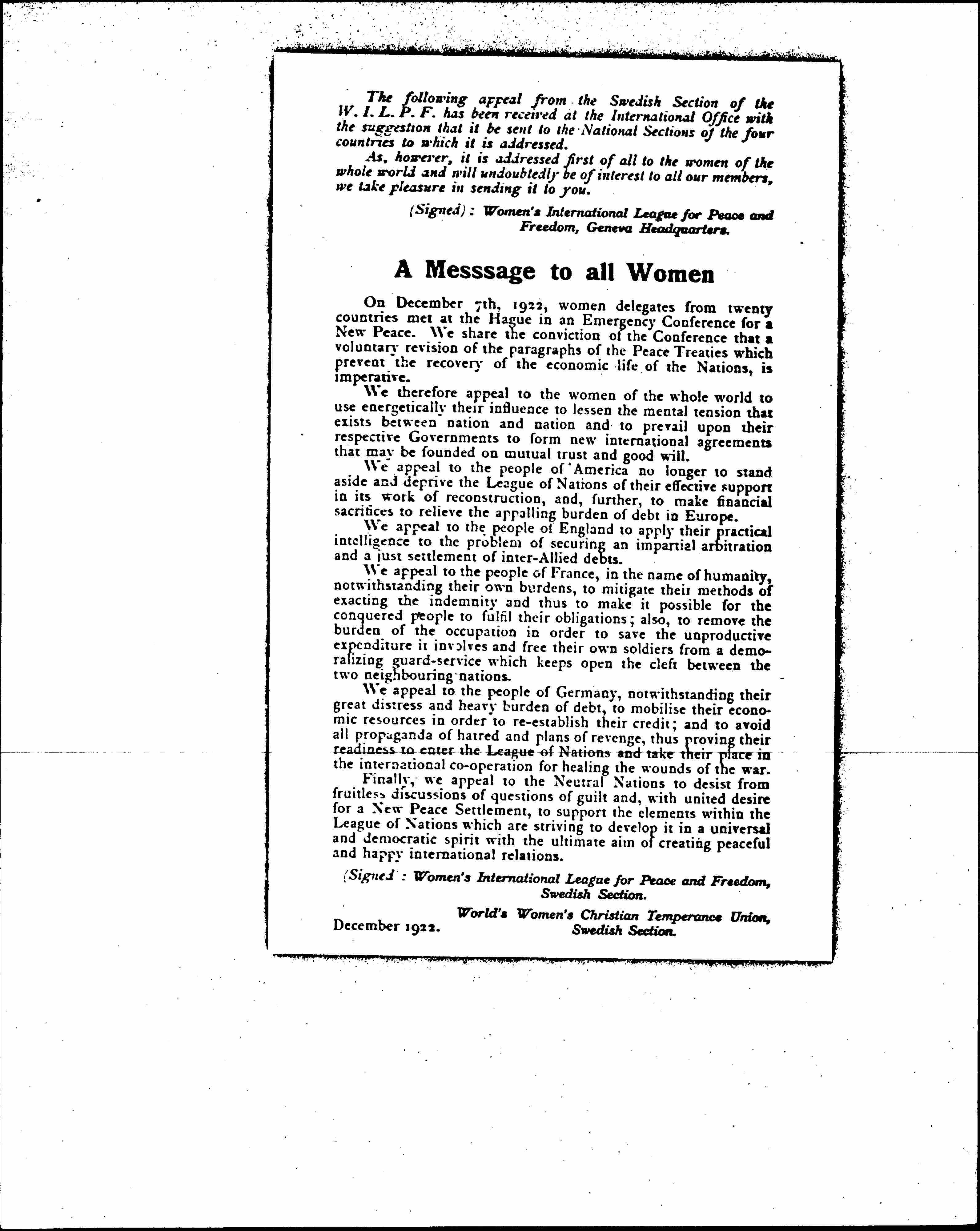 The following appeal from the Swedish Section of the W.I.L.P.F. has been received at the International Office with the suggestion that it be sent to the National Sections of the four countries to which it is addressed.

As, however, it is addressed first of all to the women of the whole world and will undoubtedly be of interest to all our members, we take pleasure in sending it to you.

A Message to all Women

On December 7th, 1922, women delegates from twenty countries met at The Hague in an Emergency Conference for a New Peace. We share the conviction of the Conference that a voluntary revision of the paragraphs of the Peace Treaties which prevent the recovery of the economic life of the Nations, is imperative.

We therefore appeal to the women of the whole world to use energetically their influence to lessen the mental tension that exists between nation and nation and to prevail upon their respective Governments to form new international agreements that may be founded on mutual trust and good will.

We appeal to the people of America no longer to stand aside and deprive the League of Nations of their effective support in its work of reconstruction, and, further, to make financial sacrifices to relieve the appalling burden of debt in Europe.

We appeal to the people of England to apply their practical intelligence to the problem of securing an impartial arbitration and a just settlement of inter-Allied debts.

We appeal to the people of France, in the name of humanity, notwithstanding their own burdens, to mitigate their methods of exacting the indemnity and thus to make it possible for the conquered people to [fulfill] their obligations; also, to remove the burden of the occupation in order to save the unproductive expenditure it involves and free their own soldiers from a demoralizing guard-service which keeps open the cleft between the two [neighboring] nations.

We appeal to the people of Germany, notwithstanding their great distress and heavy burden of debt, to [mobilize] their economic resources in order to [reestablish] their credit; and to avoid all propaganda of hatred and plans of revenge, thus proving their readiness to enter the League of Nations and take their place in the international [cooperation] for healing the wounds of the war.

Finally, we appeal to the Neutral Nations to desist from fruitless discussions of questions of guilt and, with united desire for a New Peace Settlement, to support the elements within the League of Nations which are striving to develop it in a universal and democratic spirit with the ultimate aim of creating peaceful and happy international relations. 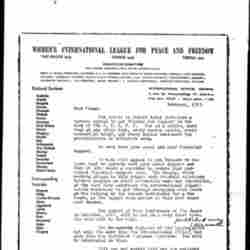 The Swedish Section of WILPF calls on women to use their influence for world for peace.