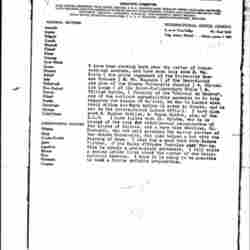 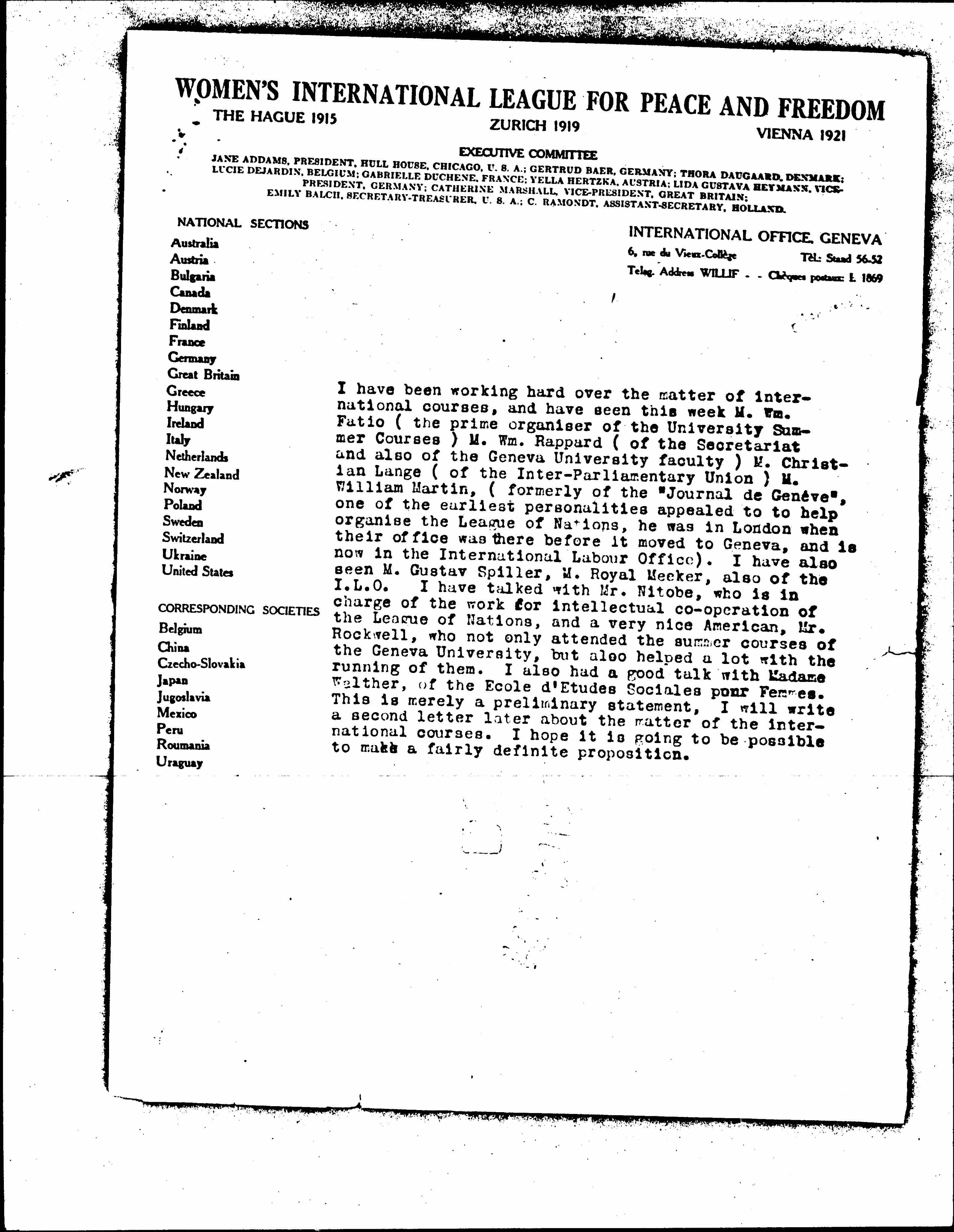 I have been working hard over the matter of international courses, and have seen this week M. Wm. Fatio (the prime [organizer] of the University Summer Courses) M. Wm. Rappard (of the Secretariat and also of the Geneva University Faculty) M. Christian Lange (of the Inter-Parliamentary Union) M. William Martin, (formerly of the “Journal de Genéve”, one of the earliest personalities appealed to to help [organize] the League of Nations, he was in London when their office was there before it moved to Geneva, and is now in the International Labour Office). I have also seen M. Gustav Spiller, M. Royal Meeker, also of the I.L.O. I have talked with Mr. Nitobe, who is in charge of the work for intellectual [cooperation] of the League of Nations, and a very nice American, Mr. Rockwell, who not only attended the summer courses of the Geneva University, but also helped a lot with the running of them. I also had a good talk with Madame Walther, of the Ecole d’Etudes Sociales pour Femmes. This is merely a preliminary statement, I will write a second letter later about the matter of the international courses. I hope it is going to be possible to make a fairly definite proposition. 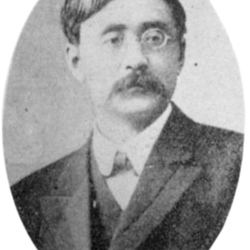 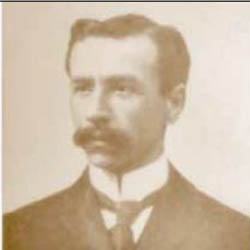 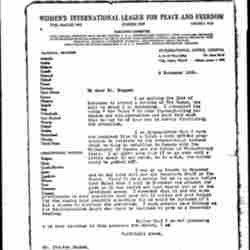 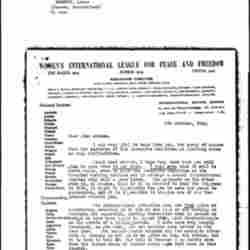