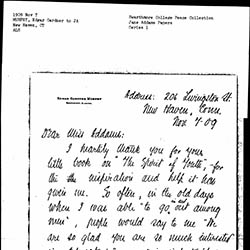 Joseph C. Manning was a journalist and activist. In 1888, he graduated from the Florence Normal School (now the University of North Alabama) and went to Texas to work as a book salesman. In 1891 he moved to Atlanta, where he became a member of the Populist Party. He then returned to Alabama as a recruiter for the party. In 1894, Manning was elected to the Alabama House of Representatives, and he organized a November 1894 convention that merged the Jeffersonian Democrats and the People's Party. He also founded the Southern Ballots Rights League, hoping to spark an investigation into Alabama's politics, though this never came to fruition. Manning became a Republican after the Populist movement collapsed in Alabama, and experienced difficulty in finding a job, eventually being reduced to poverty. But, in 1900, he was appointed postmaster of Alexander City, and between 1900 and 1909 he began rising in the world of public service. He coordinated relief efforts after a 1902 fire in Alexander City, sponsored various civic projects, and supported civil rights. Manning resigned after William Howard Taft was elected in 1908. Manning then worked as a lobbyist for civil rights, a journalist for African American newspapers such as the Washington Bee, a correspondent of early leaders of the NAACP, and commentator on the racial politics of Alabama and the south.

Manning married Zoe Duncan in 1894. They had three children together: Charles, Jefferson, and Mary. Manning died of cancer in 1930.