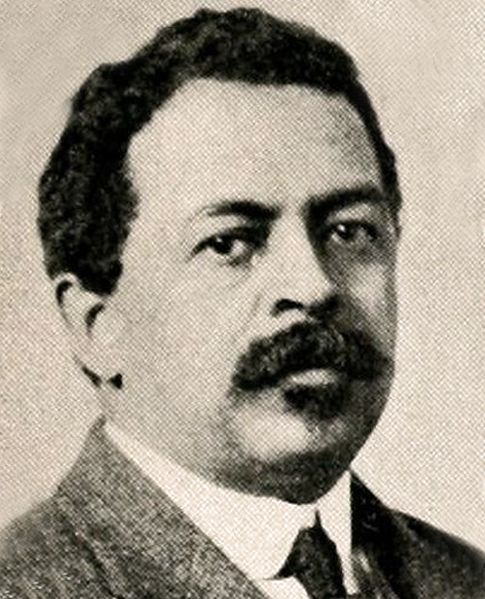 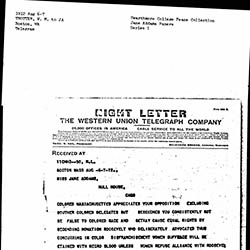 William Monroe Trotter was an activist and journalist. His father, James Monroe Trotter, had been born into slavery. When William was seven months old, his family moved to Boston, where they lived in the predominantly black community in the South End. They later moved to Hyde Park, which was a white neighborhood. Trotter graduated from Hyde Park High School as valedictorian and president of his high school class. He then attended Harvard University, where he received merit scholarships and was the first man of color to be awarded a Phi Beta Kappa key. In 1895, he graduated magna cum laude, and in 1896 he received a Master's degree. After graduating, Trotter had difficulty finding a stable career until he decided to open his own insurance and brokering company in 1899. In 1901, he began getting involved in civil rights, founding the Boston Literary and Historical Association and joining the Massachusetts Racial Protective Association. In October of that year, Trotter gave his first protest speech, speaking against Booker T. Washington and his beliefs. Trotter also founded the Guardian (now the Boston Guardian) with George W. Forbes, which advocated for racial equality. In 1903, Trotter began protesting against segregation outside of Boston. When Washington spoke in Boston in July 1903, Trotter and others protested, leading to a riot in which Trotter was arrested. Afterward, he founded the Boston Suffrage League, and in 1904 he was elected president of the New England Suffrage League. He was also one of the founders of the Niagara Movement, though he later split from the movement and formed the National Equal Rights League.

Trotter married Geraldine Louise Pindell in 1899. Trotter died in 1934, after falling from his roof.