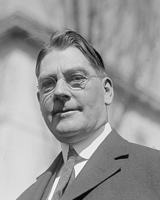 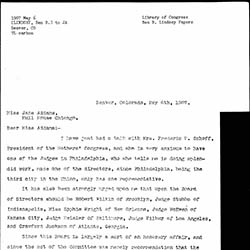 Curtis D. Wilbur worked as a lawyer and as a judge of the juvenile court of Los Angeles. While serving as a judge for this court, he helped pass Mothers' Pension Laws in California and was chairman of the committee that passed the Juvenile Court Laws of 1909 and 1915. He was also a founder and president of the California Psychopathic Association. In 1924, Wilbur became Secretary of the Navy and helped grow and modernize the naval air force. In 1929, he was appointed to the Ninth Circuit Court of Appeals in San Francisco.