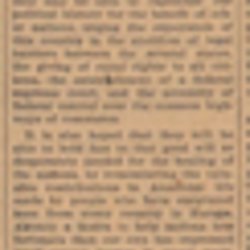 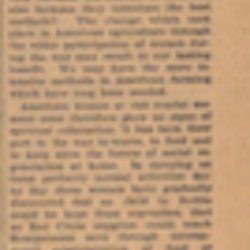 The page(s) below need to be transcribed and/or reviewed. Click the button to the right of a page to transcribe or review the text’s transcription.

For transcription tips and more information about transcribing documents in the Jane Addams Digital Edition, please visit About Transcribing.

Addams explores the role that American women will have in rebuilding the world and the economy.