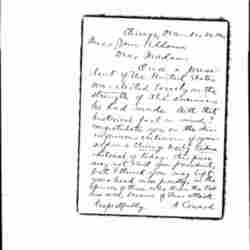 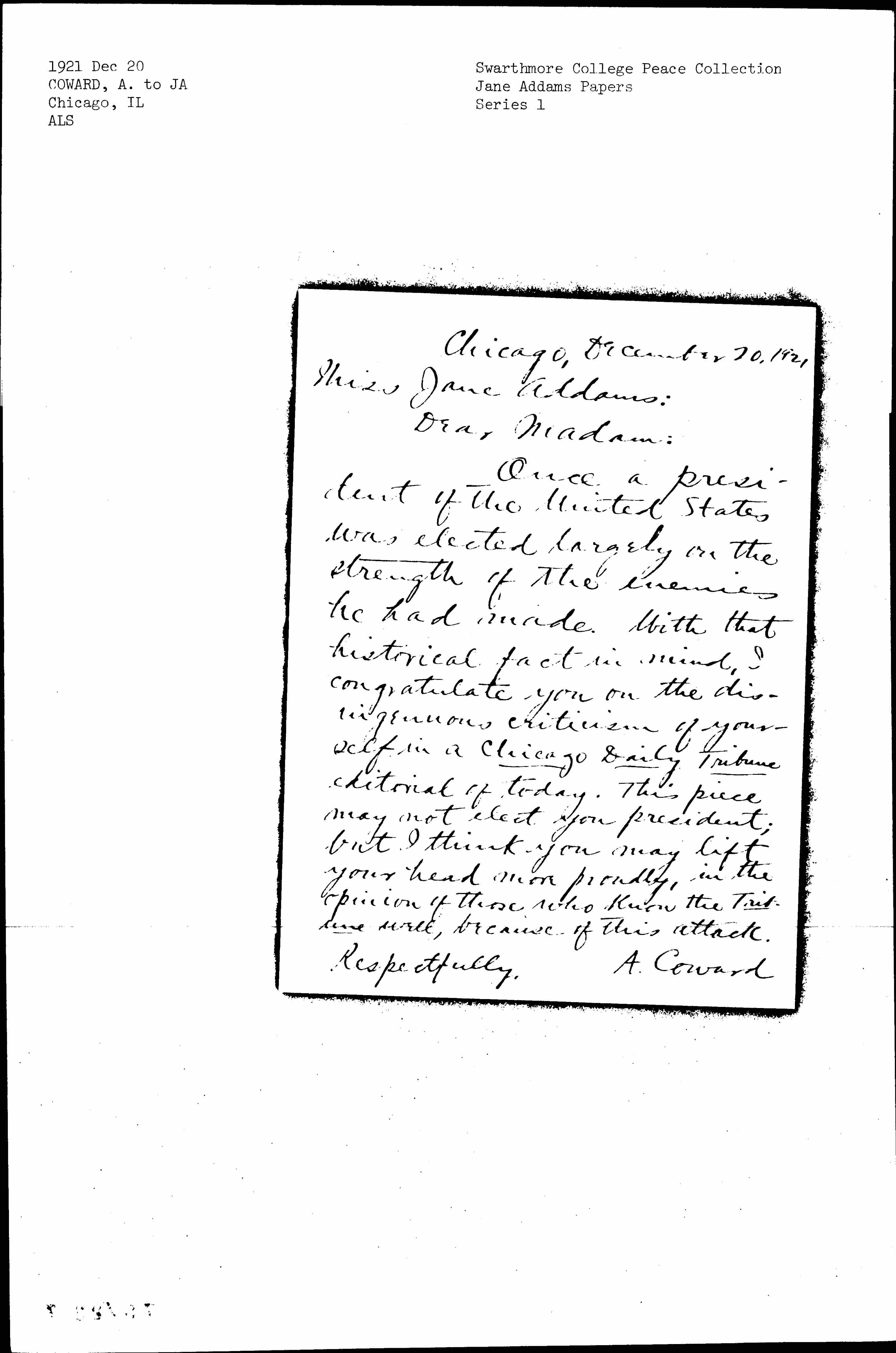 Once a president of the United States was elected largely on the strength of the enemies he had made. With that historical fact in mind, I congratulate you on the disingenuous criticism of yourself in a Chicago Daily Tribune editorial of today. This piece may not elect you president; but I think you may lift your head more proudly, in the opinion of those who know the Tribune well, because of this attack.

Coward commends Addams on being criticized by the Chicago Daily Tribune.