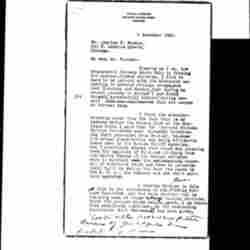 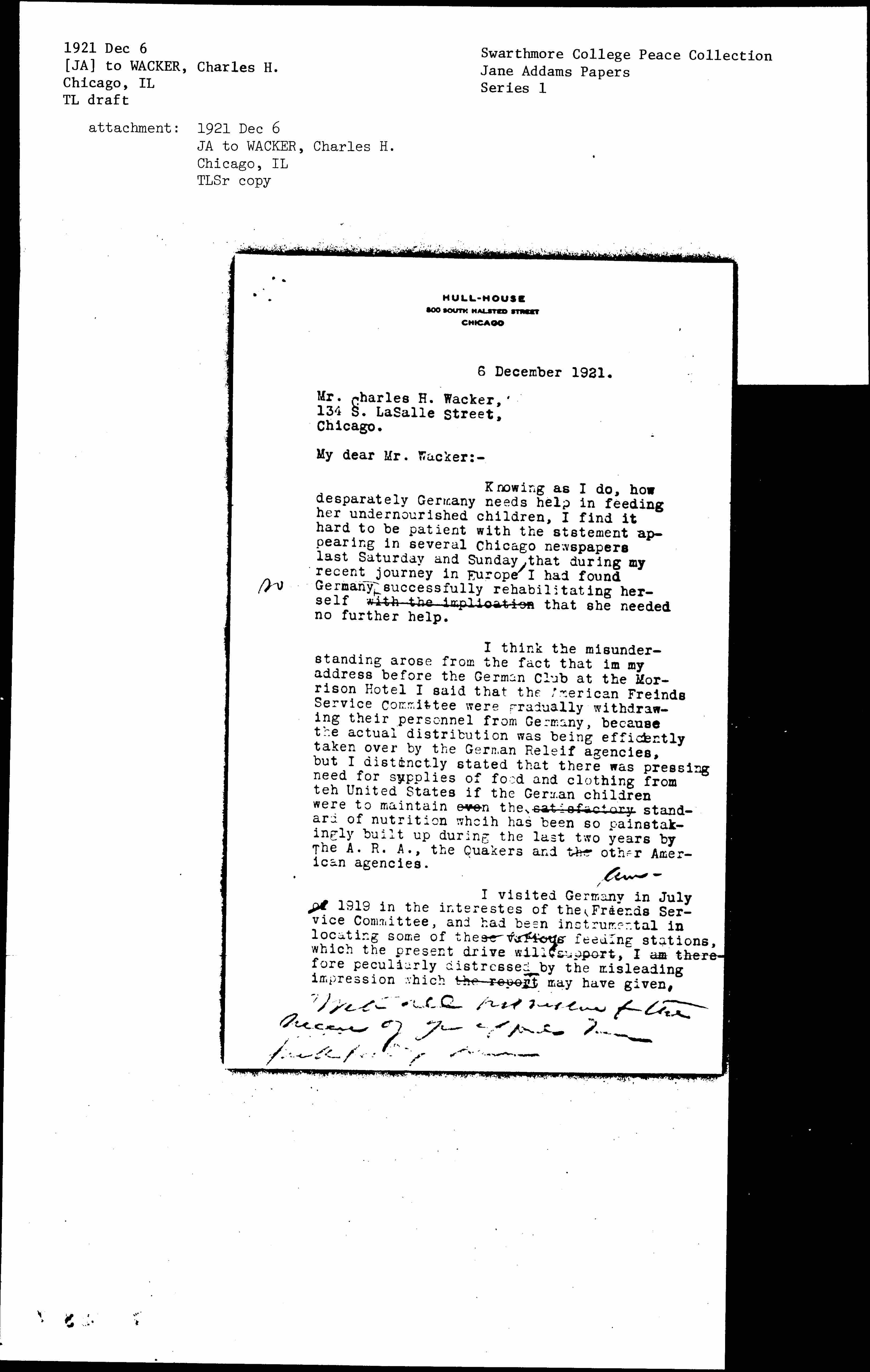 Knowing as I do, how [desperately] Germany needs help in feeding her undernourished children, I find it hard to be patient with the statement appearing in several Chicago newspapers last Saturday and Sunday, that during my recent journey in Europe I had found Germany ↑so↓ successfully rehabilitating herself with the implication that she needed no further help.

I think the misunderstanding arose from the fact that in my address before the German Club at the Morrison Hotel I said that the American Friends Service Committee were gradually withdrawing their personnel from Germany, because the actual distribution was being efficiently taken over by the German Relief agencies, but I distinctly stated that there was pressing need for supplies of food and clothing from the United States if the German children were to maintain even the satisfactory standard of nutrition which has been so painstakingly built up during the last two years by the A.R.A., the Quakers and the other American agencies.

I visited Germany ↑[Aus.?]↓ in July of 1919 in the [interests] of the Friends Service Committee, and had been instrumental in locating some of [the] various feeding stations, which the present drive will support, I am therefore peculiarly distressed by the misleading impression which the report may have given. 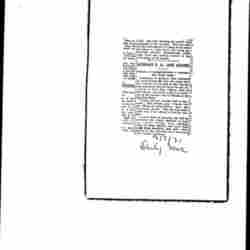 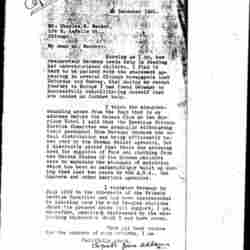 Addams provides Wacker with the actual content of her statement on conditions in Germany that was misreported in the press.