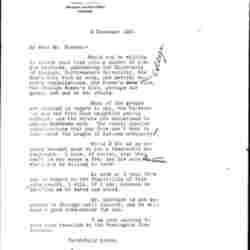 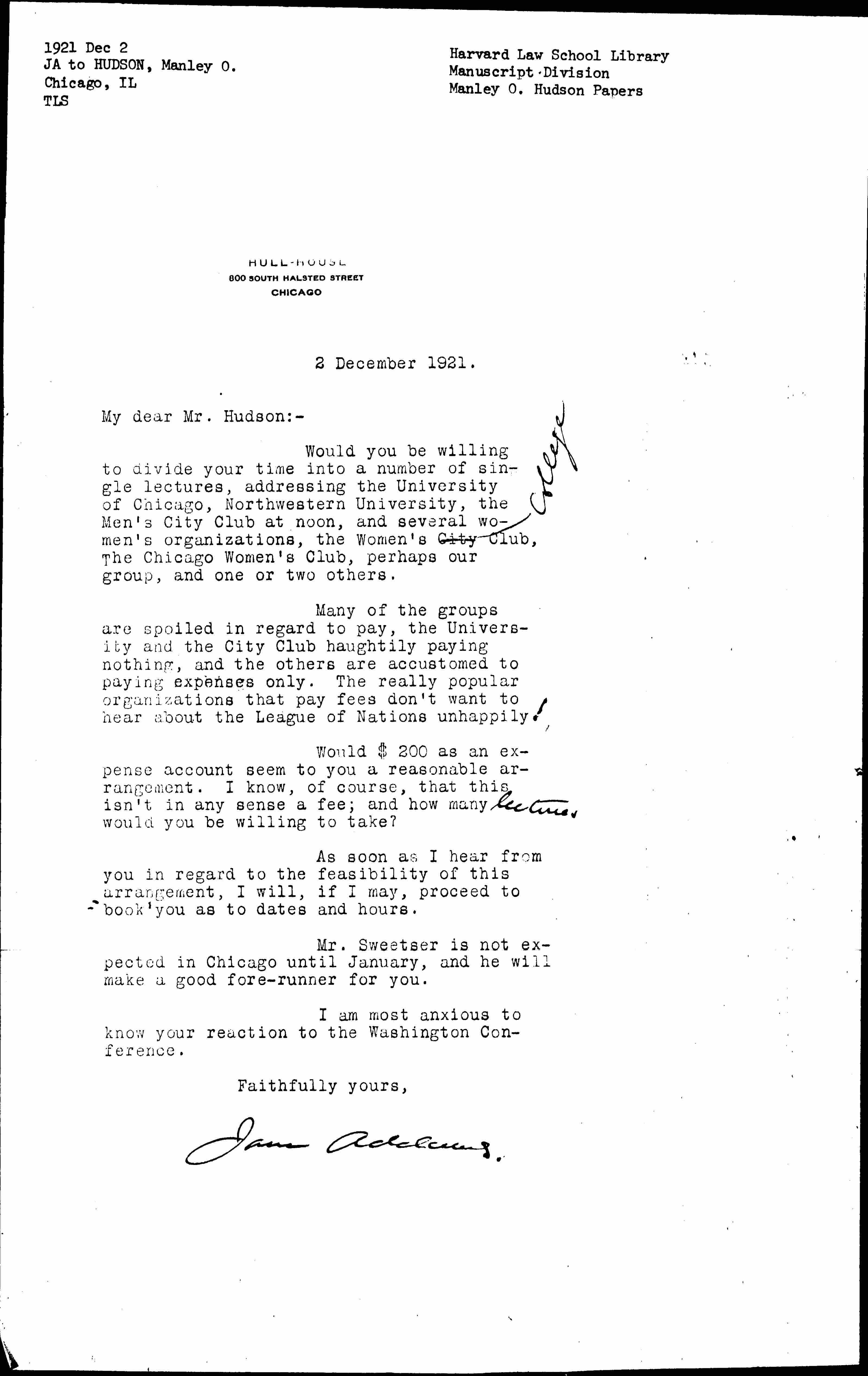 Would you be willing to divide your time into a number of single lectures, addressing the University of Chicago, Northwestern University, the Men's City Club at noon, and several women's organizations, the Women's City ↑College↓ Club, The Chicago Women's Club, perhaps our group, and one or two others.

Many of the groups are spoiled in regard to pay, the University and the City Club haughtily paying nothing, and the others are accustomed to paying expenses only. The really popular organizations that pay fees don't want to hear about the League of Nations unhappily!

Would $200 as an expense amount seem to you a reasonable arrangement. I know, of course, that this isn't in any sense a fee; and how many ↑lectures↓ would you be willing to take?

As soon as I hear from you in regard to the feasibility of this arrangement, I will, if I may, proceed to "book" you as to dates and hours.

Mr. Sweetser is not expected in Chicago until January, and he will make a good [forerunner] for you.

I am most anxious to know your reaction to the Washington Conference. 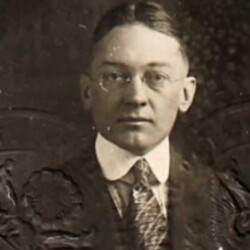