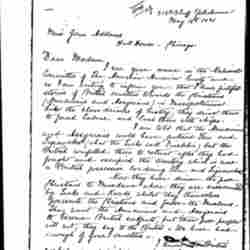 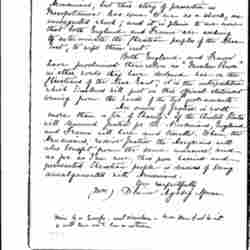 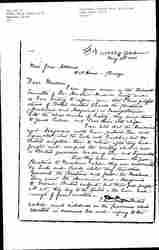 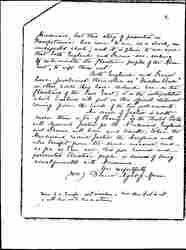 I see your name in the National Committee of the Armenian America Society and so I am writing to inform you that I hear pitiful stories of British cruelties towards the Christians (Armenians and Assyrians) in Mesopotamia. Like the slave drivers of history, they drive them to forced [labor] and lash them with whips.

I am told that the Armenians and Assyrians could have entered Van and Tigranakert (what the Turks call [Diyarbakir]) but the British compelled them to retreat after they had fought and occupied the territory which is now a British possession bordering Van and Tigranakert.

Now they have driven the poor Christians to [Mudanya] where they are surrounded by Turks and Kurds, whilst they themselves persecute the Christians and favor the Moslems. They want the Armenians and Assyrians to become British subjects, but these poor people will not, they say to the British: "We have had enough of your cruelties."

I know the British worked much wickedness in the Caucasus which resulted in enormous loss and injury to the [page 2] Armenians, but this story of persecution in Mesopotamia has come to me as a shock, an unexpected shock; and it is plain to me now that both England and France are seeking to exterminate the Christian peoples of the Near East, to wipe them out.

Both England and France have proclaimed themselves as "Moslem Power" in other words they have declared war on the Christians of the Near East; it is the interpretation which Moslems will put on this official statement coming from the heads of the two governments.

An ounce of Justice is worth more than a ton of Charity. If the United States will demand Justice for the Armenians, England and France will hear and tremble. When the Armenians receive justice the Assyrians will also benefit from the same measure, and as far as I see now, this poor harried and persecuted Christian people is desirous of being amalgamated with Armenians. 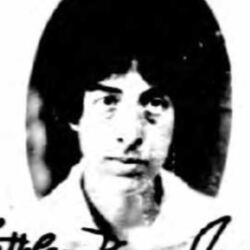 Apcar tells Addams about the persecution of Armenian and Assyrian Christians perpetrated by the British and French.

Notes written by Addams's secretary Kathleen Jennison at the top of page 1 reads: Ans. K. J."; and at the bottom of page 2reads: "Miss A in Europe -- sent circular -- know Miss A wd be int. & will turn over to her on return"