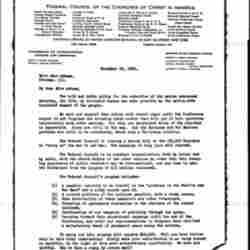 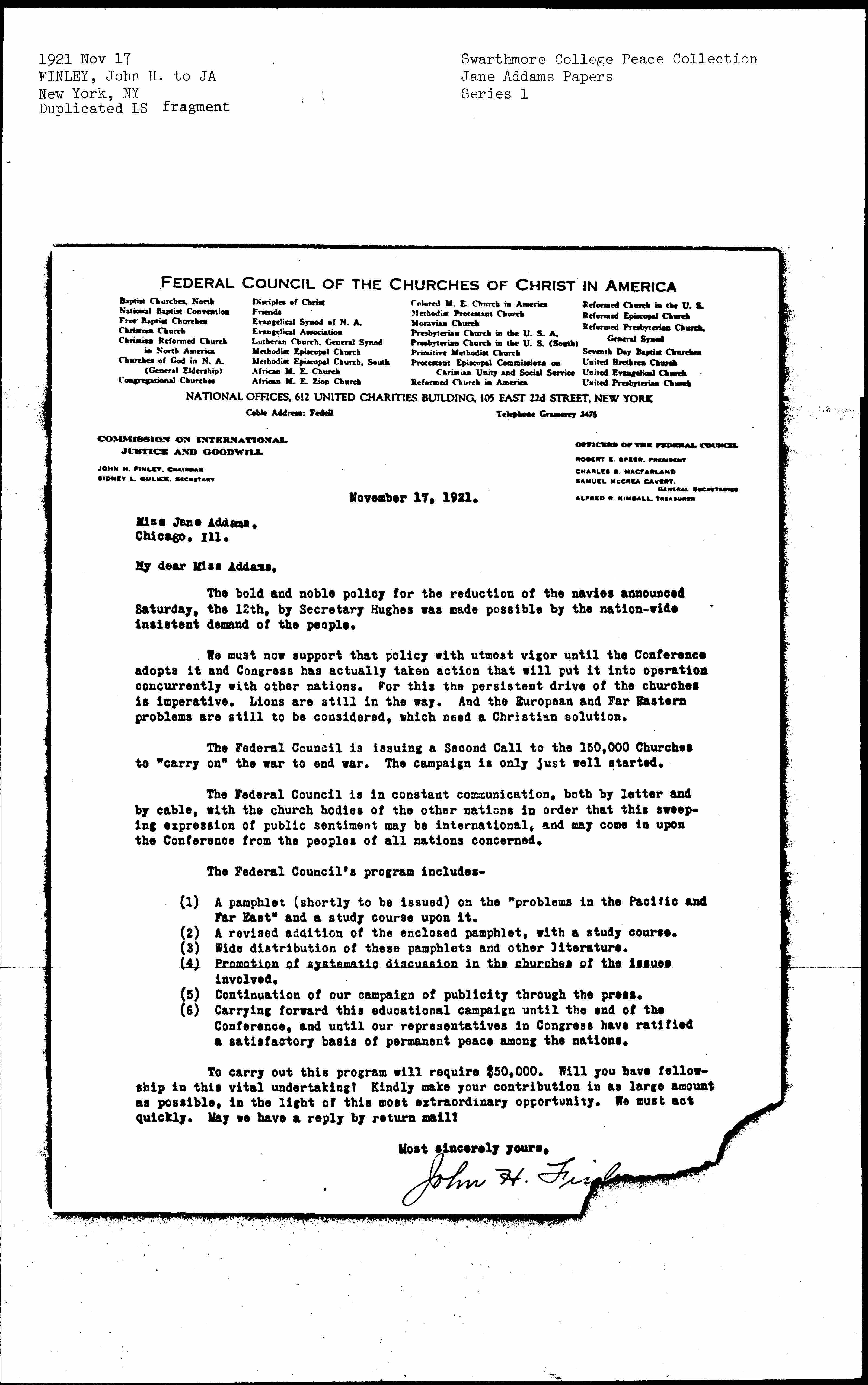 The bold and noble policy for the reductions of the navies announced Saturday, the 12th, by Secretary Hughes was made possible by the nation-wide insistent demand of the people.

We must now support that policy with utmost vigor until the Conference adopts it and Congress has actually taken action that will put it into operations concurrently with other nations. For this the persistent drive of the churches is imperative. Lions are still in the way. And the European and Far Eastern problems are still to be considered, which need a Christian solution.

The Federal Council is issuing a Second Call to the 150,00 Churches to "carry on" the war to end war. The campaign is only just well started.

The Federal Council is in constant communication, both by letter and by cable, with the church bodies of the other nations in order that this sweeping expression of public sentiment may be international, and may come in upon the Conference from the people of all nations concerned.

(1) A pamphlet (shortly to be issued) on the "problems in the Pacific and Far East" and a study course upon it.
(2) A revised addition of the enclosed pamphlet, with a study course.
(3) Wide distribution of these pamphlets and other literature.
(4) Promotion of systematic discussion in the churches of the issues involved.
(5) Continuation of our campaign of publicity through the press.
(6) Carrying forward this educational campaign until the end of the Conference, and until our representatives in Congress have ratified a satisfactory basis of permanent peace among the nations.

To carry out this program will require $50,000. Will you have fellowship in this vital undertaking? Kindly make your contribution in as large amount as possible, in the light of this most extraordinary opportunity. We must act quickly. May we have a reply by return mail?

Federal Council of Churches of Christ in America

Finley asks Addams to donate to the Federal Council's campaign against war.