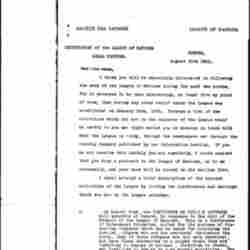 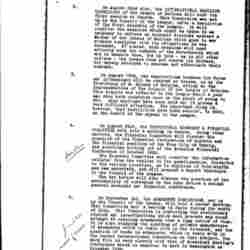 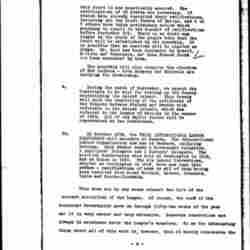 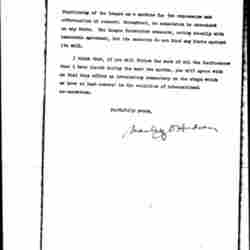 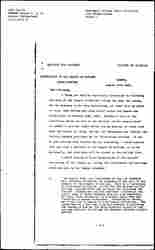 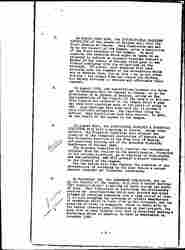 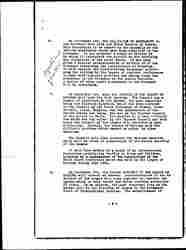 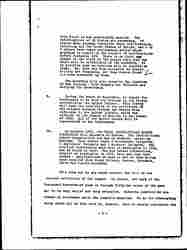 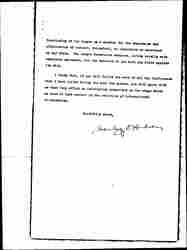 I think you will be especially interested in following the work of the League of Nations during the next two months, for it promises to be more interesting, at least from my point of view, than during any other period since the League was established on January 10th, 1920. Perhaps a list of the activities which are now on the calendar of the League would be useful to you and might assist you in keeping in touch with what the League is doing, through the newspapers and through the Monthly Summary published by our Information Section. If you do not receive this Monthly Summary regularly, I would suggest that you drop a postcard to the League of Nations, or to me personally, and your name will be placed on the mailing list.

I shall attempt a brief description of the current activities of the League by listing the Conferences and Meetings which are now on the League calendar:

1. On August 22nd, the CONFERENCE ON RUSSIAN REFUGEES will assemble at Geneva, in response to the call of the Council of the League of Nations. This is a Conference of Government Delegates, called for the purpose of discussing measures which may be taken for relieving the Russian refugees who are now scattered throughout the world. Many of these refugees are not only penniless, but have found themselves in a plight where they are forbidden to engage in business, forbidden to travel, and forbidden to engage in many normal activities. The Conference will not deal with the problem of relieving the famine in Russia, but will restrict itself to discussing measures for aiding the Russian refugees outside Russia. [page 2]

2. On August 22nd also, the INTERNATIONAL BLOCKADE COMMISSION of the League of Nations will hold its first session at Geneva. This Commission was set up by the Council of the League, under a Resolution of the First Assembly of the League. It will consider the measures which might be taken in an exigency to enforce an economic blockade against a Member of the League of Nations which goes to war without complying with its obligations in the Covenant. Of course, such measures will rest entirely upon the consent of the Governments which are to execute them, for in this -- as in all other matters -- the League does not coerce its Members, but merely attempts to express and effectuate their consent.

3. On August 25th, the negotiations between the Poles and Lithuanians will be resumed at Geneva, under the Presidency of M. Hymans of Belgium, acting as the Representative of the Council of the League of Nations. This dispute was referred to the League about a year ago when both countries were on the point of going to war. Many meetings have been held and it proves a very difficult situation. The important thing is, however, that hostilities have been avoided, to date, as the result of the appeal to the League.

4. On August 31st, the PROVISIONAL ECONOMIC & FINANCIAL COMMITTEE will hold a meeting in Geneva. Among other matters, the Financial Committee will discuss the question of the financial restoration of Austria and the financial position of the Free City of Danzig, and questions arising out of the Brussels Financial Conference of October 1920. [written in left margin] ↑Austria↓

The Economic Committee will consider the information collated from the replies to its questionnaire, forwarded to the various countries, as to supplies of food-stuffs and raw materials, and will present a Report thereupon to the Council of the League.

The two bodies will also discuss the question of the advisability of convening in the near future a second general economic and financial conference.

5. On September 1st, the ARMAMENTS COMMISSION, set up by the Council of the League, will hold a second Meeting. This Commission held a meeting in Paris during the month of July. This Commission is conducting the preliminary studies and investigations which must precede any sound attempt at reducing armaments over a long period of time. It is also studying the question of private manufacture of armaments which is dealt with in the Covenant, and the question of trade in armaments, which is dealt with in the recent International Convention on that subject. Its work fits in very closely with that of President Harding's Conference which is expected to meet in Washington  on November 11th. [written in left margin] ↑[possible] [num?] of arms↓ [page 3]

6. On September 1st, the COMMISSION ON AMENDMENTS to the Covenant will hold its Third Session at Geneva. This Commission is to report to the Assembly on the various amendments which have been submitted to the Covenant. It has prepared a study of Article 10 by which it interprets the Article as not involving any obligation to use armed force. It has also given a special interpretation to Article 18 of the Covenant concerning the Registration of Treaties. It will approve the [Czechoslovakian] Amendment authorizing the calling by the League of regional conferences to deal with regional problems and making clear the reference in the Covenant to the Monroe Doctrine. A number of other small amendments to the Covenant will be considered. [written in left margin] ↑registration of treaties↓

7. On September 1st, also the COUNCIL OF THE LEAGUE OF NATIONS will hold its 14th Meeting. The Council has a number of questions on its Agenda, the most important being the Silesian Question, which has been referred to the Council by the Prime Ministers of France. Great Britain, Italy, Belgium, and the Ambassadors of the United States and Japan, who met as the Supreme Council of the Allies in Paris. The problem is a very difficult one which was not solved by the Supreme Council and with which the Council of the League will undoubtedly have difficulty. Usually, the League of Nations gets the difficult problems which cannot be solved by other agencies.

The Council will also consider the various measures which will be taken in preparation of the Second Assembly of the League.

It will have before it a draft of an International Convention prohibiting Traffic in Women and Children, prepared as a consequence of the Resolutions of the White Slave Conference which was held by the League of Nations during June 1921.

8. On September 5th, the Second ASSEMBLY OF THE LEAGUE OF NATIONS will convene at Geneva. Representatives of the 48 Members of the League will come together to consider the Agenda which is very varied and which contains altogether 25 items. In my opinion, the most important item on the Agenda will be the election of judges to the Permanent Court of International Justice. The establishment of [page 4] this Court is now practically secured. The ratifications of 25 States are necessary. 17 States have already deposited their ratifications, including all the Great Powers of Europe, and 6 or 7 others have taken preliminary action which promises to result in the deposit of ratifications before September 5th. There is no doubt any longer in the minds of the people here that the Court will be established by the Assembly. It is possible that an American will be elected as Judge. Mr. Root has been nominated by Brazil, Bolivia and Venezuela, and Dean Roscoe Pound has been nominated by Siam.

The Assembly will also consider the election of New Members -- both Hungary and [Estonia] are applying for Membership.

9. During the month of September, we expect the Conference to be held for drawing up the Treaty [neutralizing] the [Åland] Islands. This Treaty will mark the completion of the settlement of the dispute between Finland and Sweden with reference to the [Åland] Islands, which was referred to the League of Nations in the summer of 1920. All of the Baltic States will be represented at the Conference.

10. On October 25th, the THIRD INTERNATIONAL LABOUR CONFERENCE will assemble at Geneva. The International Labour Organization now has 49 Members, including Germany. Each Member sends 2 Government Delegates, 1 Employers' Delegate and 1 Workers' Delegate. The previous Conferences were held at Washington in 1919, and at Genoa in 1920. The six Labour Conventions, adopted at Washington in 1919, have now come into effect -- ratifications of some or all of them having been received from Great Britain, Greece, [Romania], India and [Czechoslovakia].

This does not by any means exhaust the list of the current activities of the League. Of course, the work of the Permanent Secretariat goes on through fifty-two weeks of the year and it is very varied and very extensive. Numerous commissions are always in existence under the League's auspices. To me the interesting thing about all of this work is, however, that it merely represents the [page 5] functioning of the League as a machine for the expression and effectuation of consent; throughout, no compulsion is exercised on any State. The League formulates measures, acting usually with unanimous agreement, but its measures do not bind any State against its will.

I think that, if you will follow the work of all the Conferences that I have listed during the next two months, you will agree with me that they afford an interesting commentary on the stage which we have at last reached in the evolution of international [cooperation]. Hudson tells Addams about the recent work of the League of Nations.