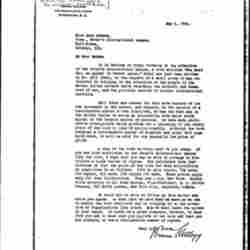 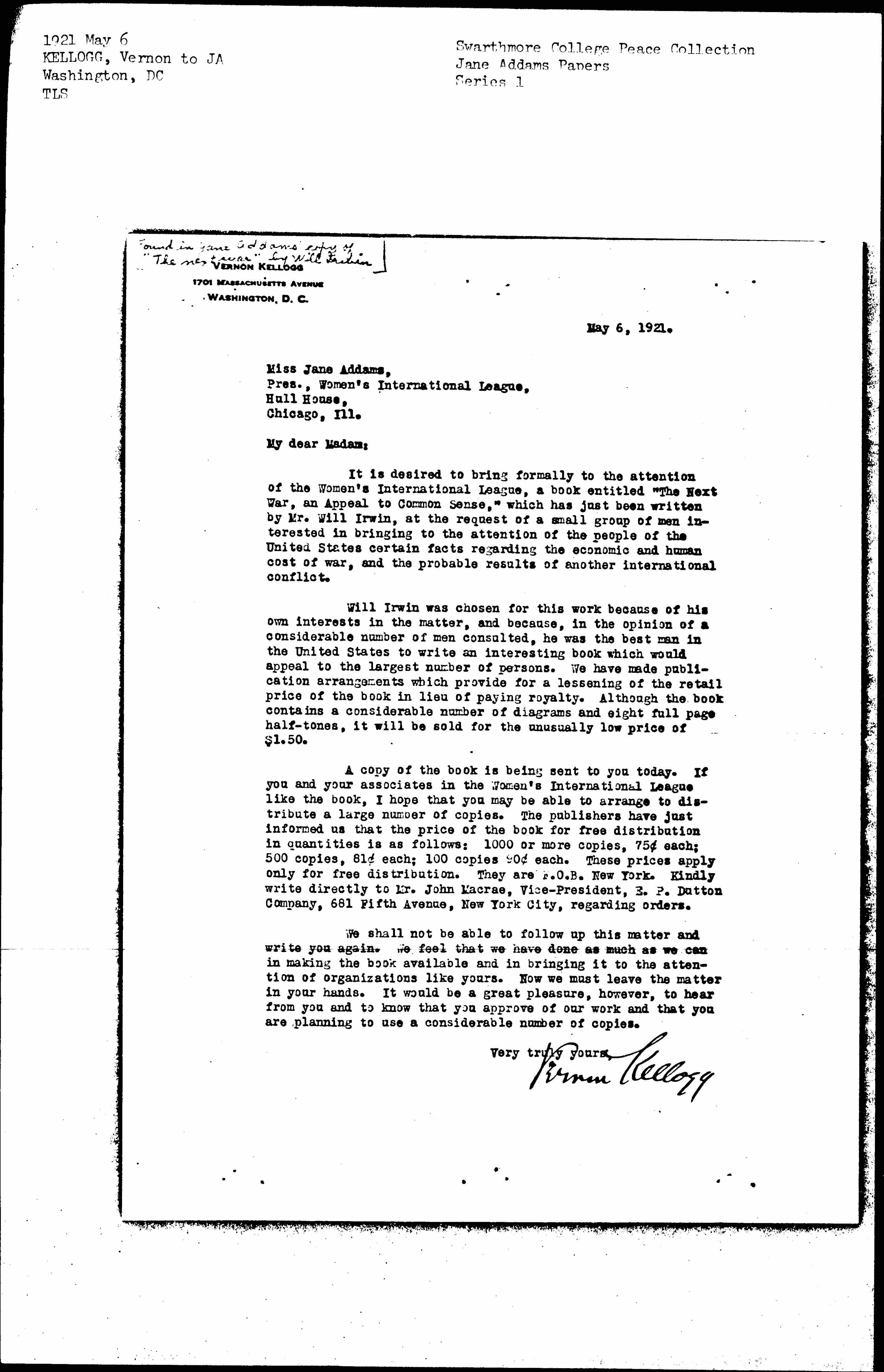 It is desired to bring formally to the attention of the Women's International League, a book entitled "The Next War, an Appeal to Common Sense," which has just been written by Mr. Will Irwin, at the request of a small group of men interested in bringing to the attention of the people of the United States certain facts regarding the economic and human cost of war, and the probable results of another international conflict.

Will Irwin was chosen for this work because of his own interests in the matter, and because, in the opinion of a considerable number of men consulted, he was the best man in the United States to write an interesting book which would appeal to the largest number of persons. We have made publication arrangements which provide for a lessening of the retail price of the book in lieu of paying royalty. Although the book contains a considerable number of diagrams and eight full page half-tones, it will be sold for the unusually low price of $1.50.

A copy of the book is being sent to you today. If you and your associates in the Women's International League like the book, I hope that you may be able to arrange to distribute a large number of copies. The publishers have just informed us that the price of the book for free distribution in quantities is as follows: 1000 or more copies, 75¢ each; 500 copies, 81¢ each; 100 copies, 90¢ each. These prices apply only for free distribution. They are F.O.B. New York. Kindly write directly to Mr. John Macrae, Vice-President, E. P. Dutton Company, 681 Fifth Avenue, New York City, regarding orders.

We shall not be able to follow up this matter and write you again. We feel that we have done as much as we can in making the book available and in bringing it to the attention of organizations like yours. Now we must leave the matter in your hands. It would be a great pleasure, however, to hear from you and to know that you approve of our work and that you are planning to use a considerable number of copies. 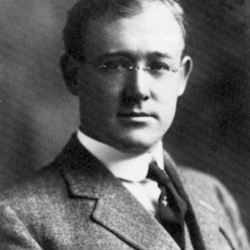 Vernon sends Addams a copy of Will Irvin's The Next War, and asks the WILPF to help distribute it.