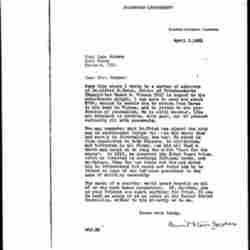 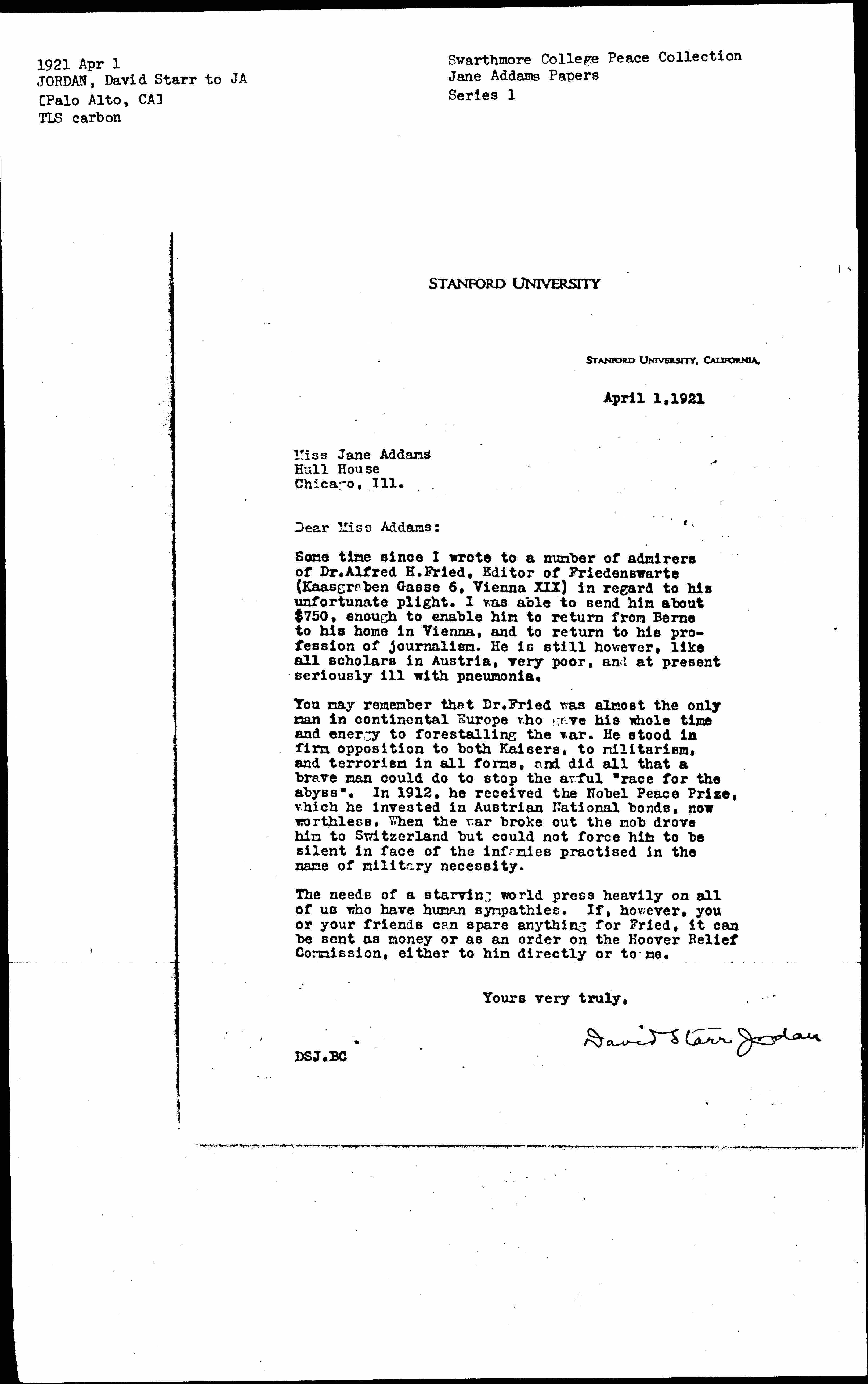 Some time since I wrote to a number of admirers of Dr. Alfred H. Fried, editor of Friedenswarte (Kaasgraben Gasse 6, Vienna XIX) in regard to his unfortunate plight. I was able to send him about $750, enough to enable him to return from Berne to his home in Vienna, and to return to his profession of journalism. He is still however, like all scholars in Austria, very poor, and at present seriously ill with pneumonia.

You may remember that Dr. Fried was almost the only man in continental Europe who gave his whole time and energy to forestalling the war. He stood in firm opposition to both Kaisers, to militarism, and terrorism in all forms, and did all that a brave man could do to stop the awful "race for the abyss". In 1912, he received the Nobel Peace Prize, which he invested in Austrian National bonds, now worthless. When the war broke out the mob drove him to Switzerland but could not force him to be silent in face of the infamies [practiced] in the name of military necessity.

The needs of a starving world press heavily on all of us who have human sympathies. If, however, you or your friends can spare anything for Fried, it can be sent as money or as an order on the Hoover Relief Commission, either to him directly or to me. 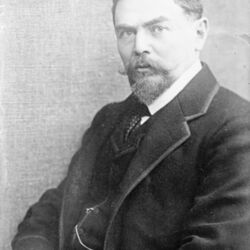