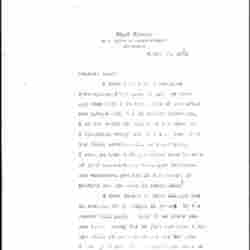 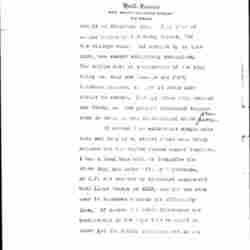 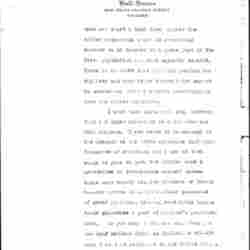 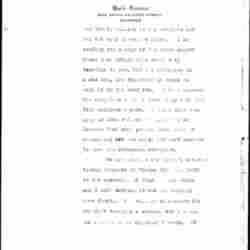 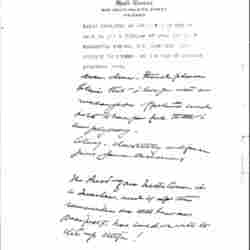 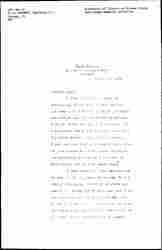 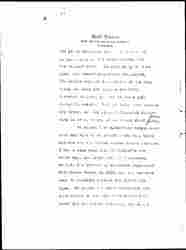 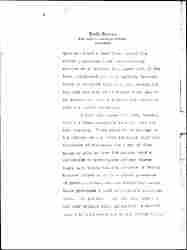 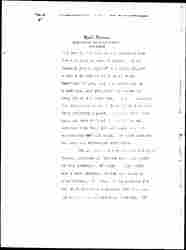 I know that I am a wretched correspondent but lack of letters does not mean that I do not think of you often and always with the sincerest affection. I am too sorry to hear that you have had a financial worry and hope very much that the final outcome will be reassuring.

I wish so much that you would send me some of your magazine and newspaper articles. How wonderful you are in the amount of writing you are able to accomplish!

I have talked to Paul Kellogg and to several other people in regard to the Bunker Hill plan. None of us quite see how to get money for it just now when there are still so many after the war demands. I have just come from Boston where some of us worked very [hard] for the restoration of a French village destroyed by American [page 2] troops on Armistice day. They were of course firing at the enemy beyond, but the village which had escaped up to that time, was almost completely demolished. The entire cost of restoration of the tiny thing was only one hundred and fifty thousand dollars, and yet it seems difficult to secure. Perhaps later when demands are fewer, [and] our present financial depression is over, we can do something about ↑your plan.↓

Of course I am altogether sympathetic with any kind of an effort which will bring England and the United States nearer together. I had a long talk with Mr Ratcliffe the other day, and later with Mr Whitehouse, an M.P. who secured my breakfast engagement with Lloyd George in 1915, and who has come over to discover wherein the difficulty lies. Of course the Irish Commission was constituted in the hope that we might at least get the entire situation out in the [page 3] open and start a back fire against the bitter propaganda which is constantly carried on in America by a large part of the Irish population who feel unjustly treated. There is no doubt that they are pushing for a big Navy and many other things which cannot be understood without careful investigation into the entire situation.

I must take issue with you, however, that the Irish situation is a domestic one with England. There would be no analogy to the Mexican or the Negro situation (although thousands of Americans and I one of them would be glad to have the English send a Commission to investigate either) unless there were twenty million Mexicans or twenty million negroes in England itself possessed of great political acumen, constantly making their grievance a part of England's political life. As you know there are only four and one half million Irish in Ireland, a million more than that emigrated to the United States [page 4] and twenty million is the estimate now for the self conscious Irish. I am sending you a copy of the Irish report which I am afraid will sound very terrible to you, but the situation is a sad one, and frankness is bound to help it in the long run. I am enclosing two clippings which I find [on] my [desk] both from religious papers. I think that they more or less reflect the attitude on Ireland that many people hold, [neither] condemning nor excusing, but most anxious to have the situation rectified.

We are holding our Women's International Congress in Vienna from the tenth to the sixteenth of July. Mary Smith and I with several others are sailing June fourth. [She] will be in England for ten days visiting a cousin, but I shall be obliged to go directly through. If [page 5] Alice Hamilton is with [me] they may be able to get a glimpse of you, and [your] wonderful suburb, but alas will have nothing to report in the way of housing progress here.

↑Dear, dear, Friend please believe that I love you with an unchangeable affection and hate to have you feel that I am going [away] --

↑The Pres't of our Irish Com. is a Quaker, and 4 of the remainder are well known as pacifists, how could we wish to stir up strife!↓