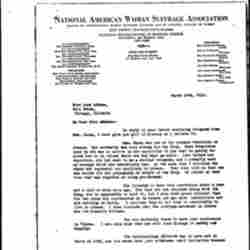 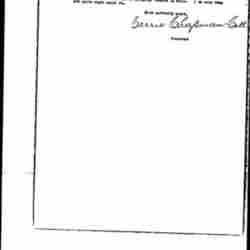 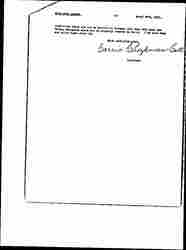 In reply to your letter enclosing telegram from Mme. Paran, I must give you a bit of history as I believe it.

Mme. [Parren] was one of the pioneer feminists of Greece. She evidently was very strong for the King. When Venezielos came in she was so active in her opposition to him that he gently removed her to an island where she was kept an exile. Just before her departure, she had sent to me a similar telegram, and I promptly sent my message which she undoubtedly has. At the same time I notified the women who represent our auxiliary in Greece. They then told me that she was exiled for her propaganda on behalf of the King. Of course at that time that was regarded as being pro-German.

She intended to have this conference about a year and a half or even more ago. Now that she has returned along with the King, she is apparently to hold it, but I note with great interest that the two women who represented us in Greece and who were Venezielists are now residing in Paris. I conclude they do not find it comfortable to live in Athens. I also conclude that the suffrage movement in Greece has its dramatic bitters.

You are certainly brave to have your conference in Vienna. I can only hope that you will come through it safely and happily.

The International Alliance was to have met in Paris in 1922, and the women have just withdrawn their invitation because [page 2] conditions there are now so hostile to Germany that they feel sure the German delegates would not be properly treated in Paris. I am sure they are quite right about it. 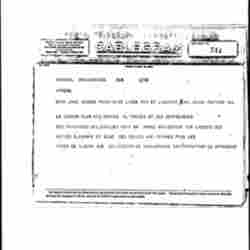