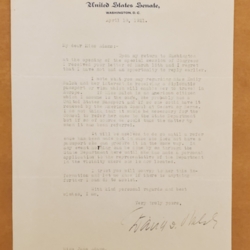 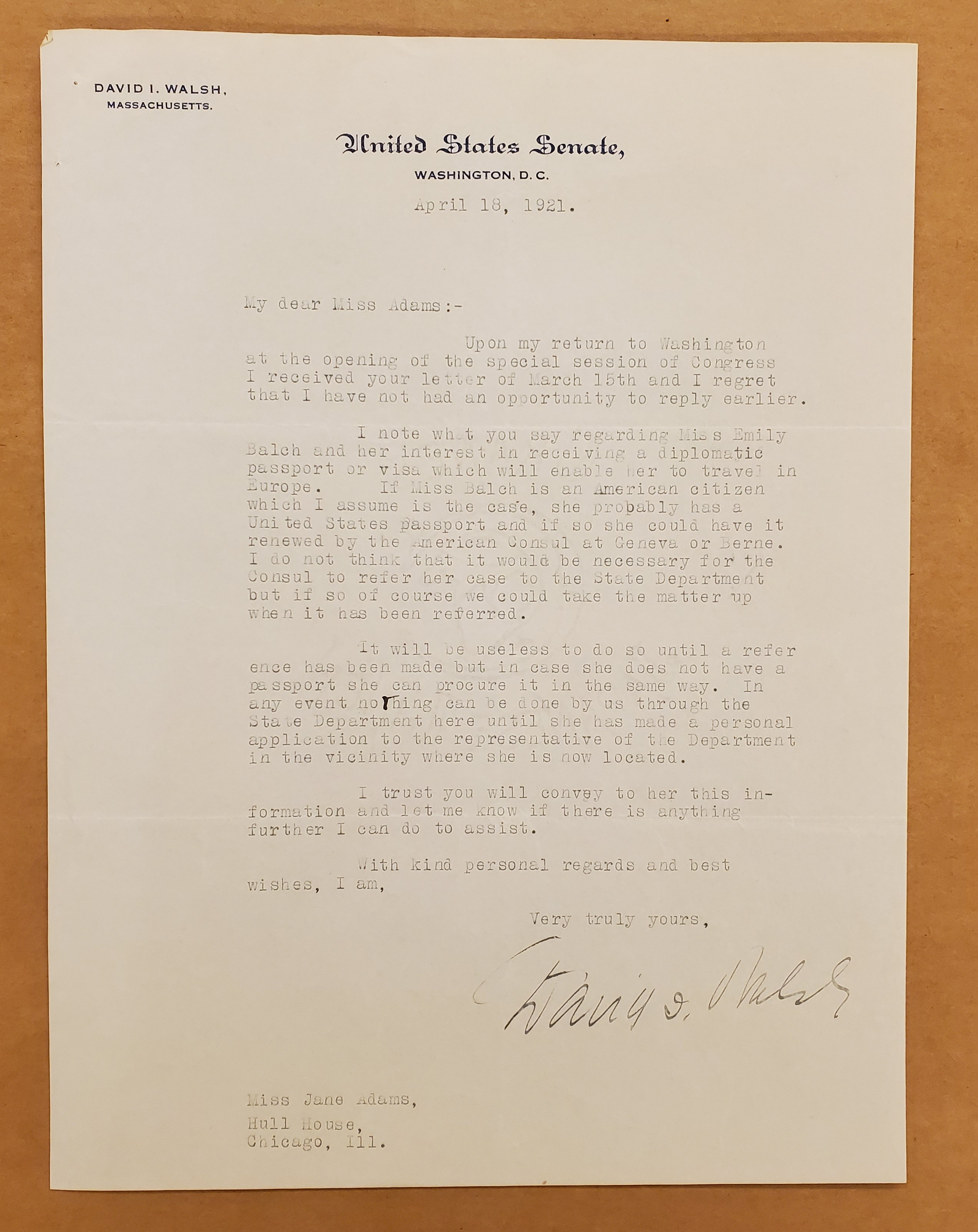 Upon my return to Washington at the opening of the special session of Congress I received your letter of March 15th and I regret that I have not had an opportunity to reply earlier.

I note what you say regarding Miss Emily Balch and her interest in receiving a diplomatic passport or visa which will enable her to travel in Europe. If Miss Balch is an American citizen which I assume is the case, she probably has a United States passport and if so she could have it renewed by the American Consul at Geneva or Berne. I do not think that it would be necessary for the Consul to refer her case [to] the State Department but if so of course we could take the matter up when it has been referred.

It will be useless to do so until a reference has been made but in case she does not have a passport she can procure it in the same way. In any event nothing can be [done] by us through the State Department here until she had made a personal application to the representative of the Department in the vicinity where she is now located.

I trust you will convey to her this information and let me know if there is anything further I can do to assist.

With kind personal regards and best wishes, I am, 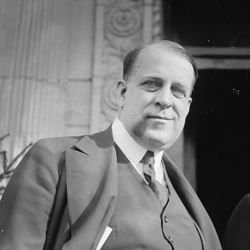 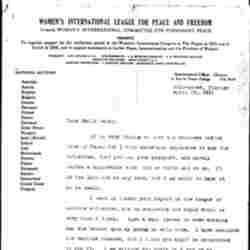 Walsh advises Addams that Emily Balch needs to apply for a passport in Vienna.

Addams, Jane, and the government
travels