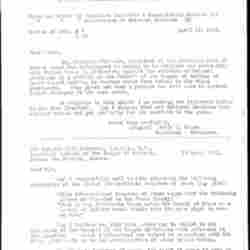 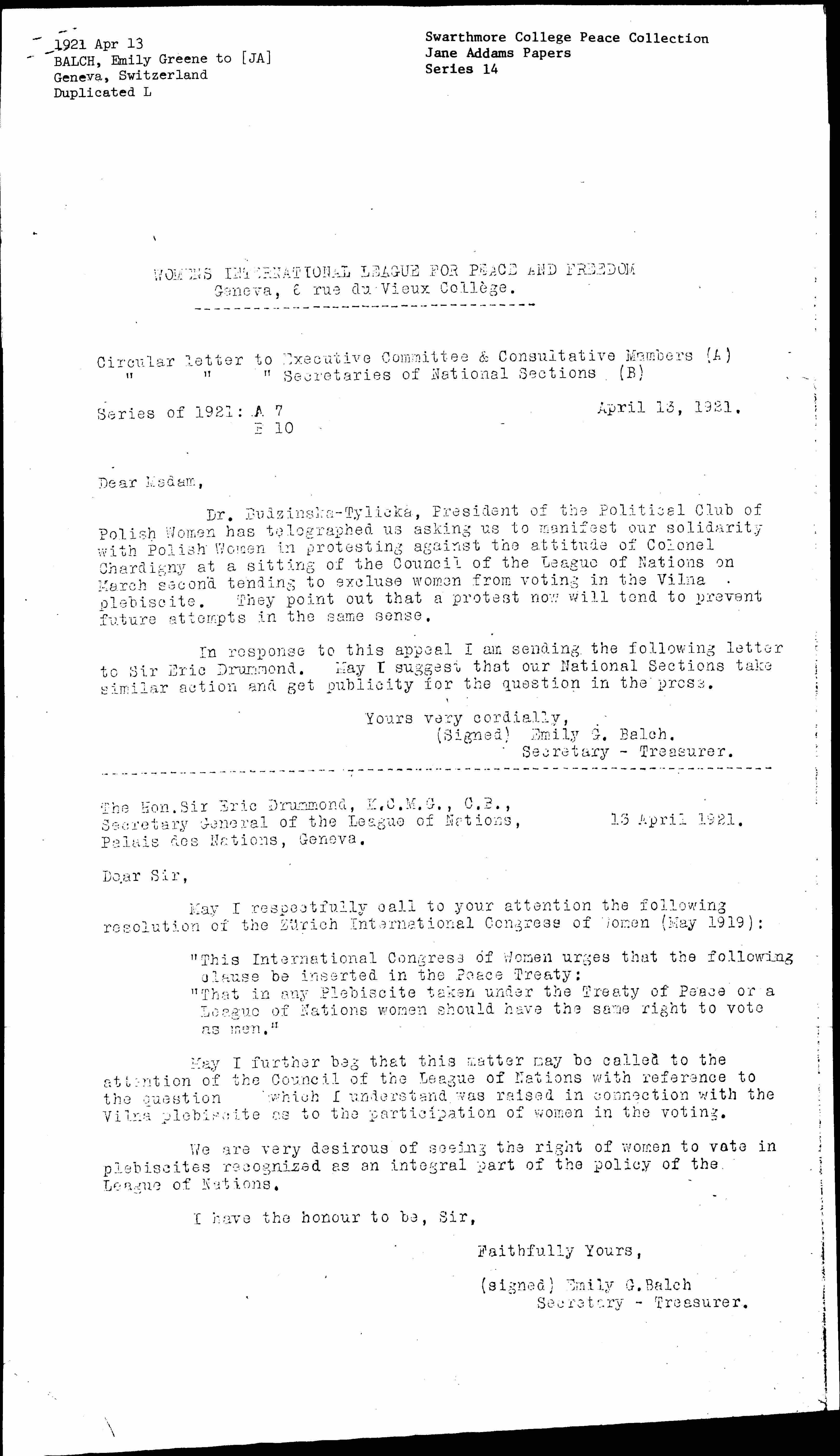 [Circular letter to] Secretaries of National Sections (B)

Dr. Budzińska-Tylicka, President of the Political Club of Polish Women has telegraphed us asking us to manifest our solidarity with Polish Women in protesting against the attitude of Colonel Chardigny at a sitting of the Council of the League of Nations on March second tending to exclude women from voting in the Villa plebiscite. They point out that a protest now will tend to prevent future attempts in the same sense.

In response to this appeal I am sending the following letter to Sir Eric Drummond. May I suggest that our National Sections take similar action and get publicity for the question in the press. 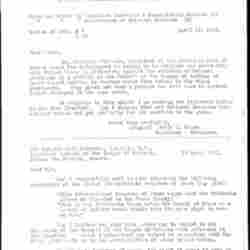 Balch brings to the attention of Addams that Polish women have been denied a say in their League of Nations and urges all sections of the WILPF to fight for recognition of their voting rights.

This record describes the letter at the top of the page.