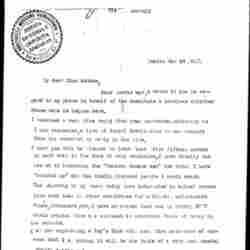 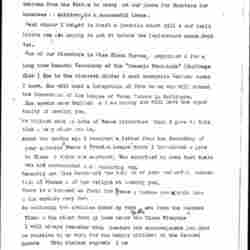 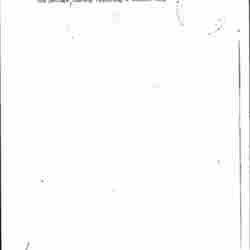 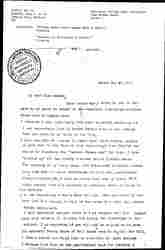 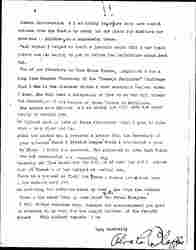 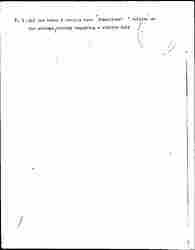 Some months ago, I wrote to you in regard to my plans in behalf of the destitute & homeless children whose name is legion here.

I received a very nice reply from your secretary, enclosing as I had requested, a list of Social Settlements in our country. Hope she received my reply in due time.

I know you will be pleased to learn that after fifteen months of hard work in the face of many obstacles, I have finally succeeded in launching the "Mexican Humane Asn" for which I have "rounded up" all the kindly disposed people I could reach. The majority of my group being more interested in animal protection work than in other committees for children, unfortunate women, prisoners, etc., I have organized that com by having 2000 cards printed like the enclosed to establish Bands of Mercy in the schools.

I am now organizing a Boy's Club with such fine prospects of success that I am hoping it will be the basis of a very much needed Social Settlement.

I have addressed several clubs on this subject with the result that many members of my group are asking for literature on the subject. I am wondering if you will not be so good as to have [your] splendid "Twenty Years of Hull House" sent to me, with the bill. I have a friend who would like to translate it into Spanish. I believe that this is the [psychological] time for peaceful & [page 2] humane intervention & I am hoping to secure many more contributions from the states to carry out our plans for shelters for homeless to children, to a successful issue.

Last winter I helped to draft a juvenile court bill & our legislative com is hoping to get it before the legislature about Sept 1st.

One of our directors is Miss Elena Torres, organizer & for a long time General Secretary of the "Consejo Feminista" (Suffrage Club). She is the clearest minded & most energetic Mexican woman I know. She will head a delegation of five women who will attend the Convention of the League of Women Voters in [Baltimore]. She speaks some English & I am hoping she will have the opportunity of meeting you.

Mrs Villard sent me lots of Peace Literature which I gave to this club & many other people.

About two months ago I received a letter from the Secretary of your splendid "Peace & Freedom League" which I translated & gave to Elena & which she answered, was surprised to note that Spain was not represented & am wondering why.

Recently met Miss Landazuri who told me of your wonderful convention in Vienna & of her delight at meeting you.

There is a tremendous field for Peace & Humane propaganda here & the workers very few.

Am enclosing two articles about my work ↑[N.A.]↓ one from the Mexican Times & the other from my home paper the "Times Picayune"

I will always remember with pleasure the encouragement you gave me relative to my work for the hungry children of the Central Powers. With kindest regards I am

P.S. All the books I receive have "Educational" written on the package, thereby requiring a smaller duty. 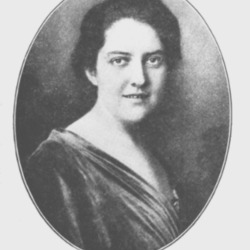 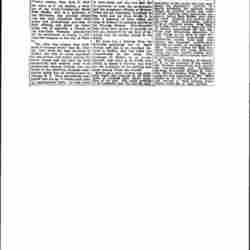 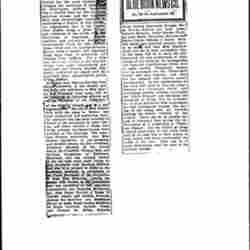 Society for Prevention of Cruelty, February 13, 1921

Blaffer tells Addams about her efforts to build a settlement in Mexico.