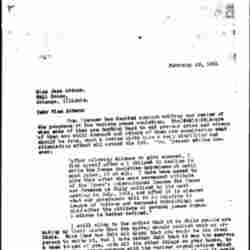 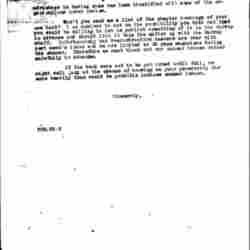 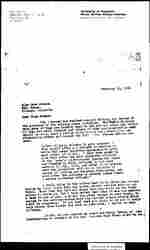 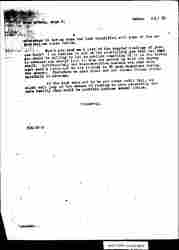 "After allowing silence to give consent, I find myself after all obliged to decline to write the Peace Societies appraisement until much later, if at all. I have been asked to give this after the more permanent attitude of the Women's International League for Peace and Freedom is fully outlined by its next meeting in July, 1921, and after it is clearer what our government will do in relation to League of Nations and economic rebuilding; and also after the attitude of several peace organizations is better defined."

I still cling to the notion that it is while people are making up their minds that the Survey should publish such an article. Miss Shaw has felt all along that you would be the ideal person to write it, but I have rather felt that it was too onerous a task to ask of you, with all the other things on your hands, to engage in the correspondence with the various organizations which would be necessary. If you feel that you could do it and it would help rather than hinder the work on your book, I should be ever so happy.

If not, do you suppose we could get Henry Mussey or Miss [Breckinridge] to attempt it for us? In some ways there might be an [page 2] advantage in having some one less identified with some of the organizations under review.

Won't you send me a list of the chapter headings of your new book? I am anxious to act on the possibility you hold out that you would be willing to let us publish something of it in the Survey in advance and should like to take the matter up with the Survey staff. Unfortunately our reconstruction numbers are over with next week's issue and we are limited to 32 page magazines during the summer. Therefore we must block out our summer issues rather carefully in advance.

If the book were not to be published until fall, we might well jump at the chance of drawing on your generosity far more heavily than would be possible in those summer issues. 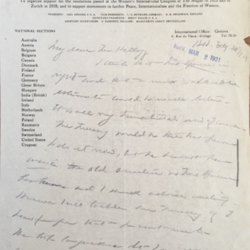 Kellogg asks Addams to write a review of peace societies.