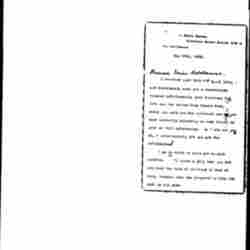 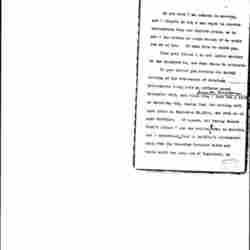 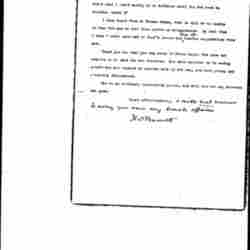 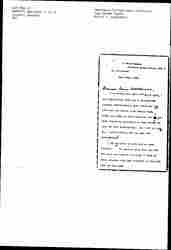 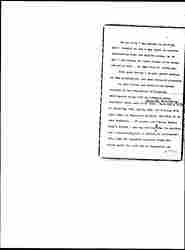 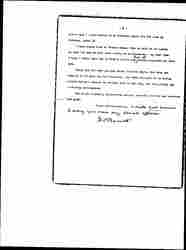 I received your letter of April 29th, and immediately sent you a marconigram because unfortunately your Secretary had left out the letter from Messrs Pond, which you said you had enclosed; and [illegible] you were evidently depending on that letter to give me full information. As I did not get it, I unfortunately did not get the information!

I am so sorry to give you so much trouble. It seems a pity that you did not send the book of [cuttings] to Pond at once, because that was prepared to help him make up his mind. [page 2]

As you know I am unknown in America, and I thought so big a man ought to receive information from the English press, as to who I was before he could decide if he would run me or not. Or what fees he would pay.

From your letter I do not gather whether he has accepted me, nor what dates he proposes.

In your letter you mention the Annual Meeting of the Federation of American Settlements being held at [Buffalo] about September 20th, and since then I have had a [letter] ↑from the Secretary↓ dated May 6th, saying that the meeting will take place on September 24, 25th, and 26th at or near [Buffalo]. Of course, not having Messrs Pond's letter I can say nothing ↑of↓ what is decided, but I understood from Mr Buckley's correspondence, that the Canadian lectures would not begin until the very end of September, in [page 3] which case I could hardly be at [Buffalo] until the 3rd week in October, could I?

I have heard from Mr Thomas Adams, that he will be in London on June 3rd and we will then confer on arrangements. By that time I hope I shall have had Mr Pond's letter and ↑hear of↓ further negotiations from you.

Thank you for what you say about Dr Helen Boyle. She does not require to be paid for her lectures. Her main interest is in seeing people who are engaged in similar work to her own, and both giving and receiving information.

She is an extremely interesting person, and will win her way wherever she goes.

Yours affectionately, ↑& with real sorrow to worry you over my small affairs↓ 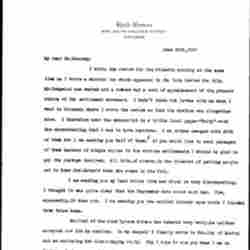 Barnett apologizes to Addams for poor communication over her American tour.