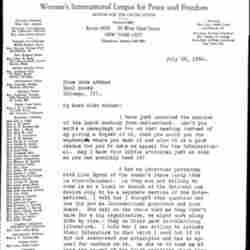 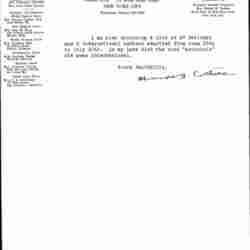 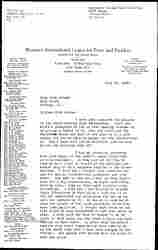 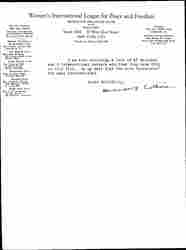 I have just received the minutes of the Board meeting from Switzerland. Won't you write a paragraph or two on that meeting instead of my giving a digest of it, then you could put the emphasis where you want it and also it is a good chance for you to make an appeal for the International. May I have this little editorial just as soon as you can possibly send it?

I had an interview yesterday with Miss Byrns of the [Woman's] Peace Party (she is vice chairman). As they are not willing to come in as a local or branch of the National and desire only to be a separate section of the International, I told her I thought that question was one for you as International president and your Board. She felt on the whole that as they didn't care for a big organization, we might work along side by side, -- they on their part circularizing literature. I told her I was willing to include their literature in that which I sent out if it did not controvert our principles and had no appeal for members on it. So she is to send me at once the appeal of the Irish pacifists which they have just published. I thought that those on our list would be very interested to get that point of view. I also told her that it seemed to me we ought to work along our own lines without any hard feeling or hard words. (A great many unpleasant remarks from their organization have come to me in the short time that I have been working in the office). She agreed with me and said she would do what she could. [page 2]

I am also enclosing a list of 47 National and 5 International members admitted from June 25th to July 10th. In my last list the word "associate" did mean International. 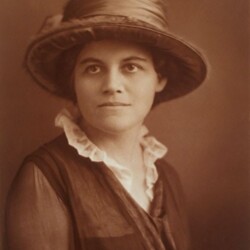 Cothren asks Addams for some text on the recent WILPF Executive Board meeting for use in an appeal for international members. She discusses the Woman's Peace Party and its relationship with WILPF.