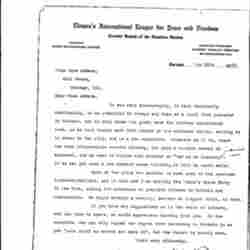 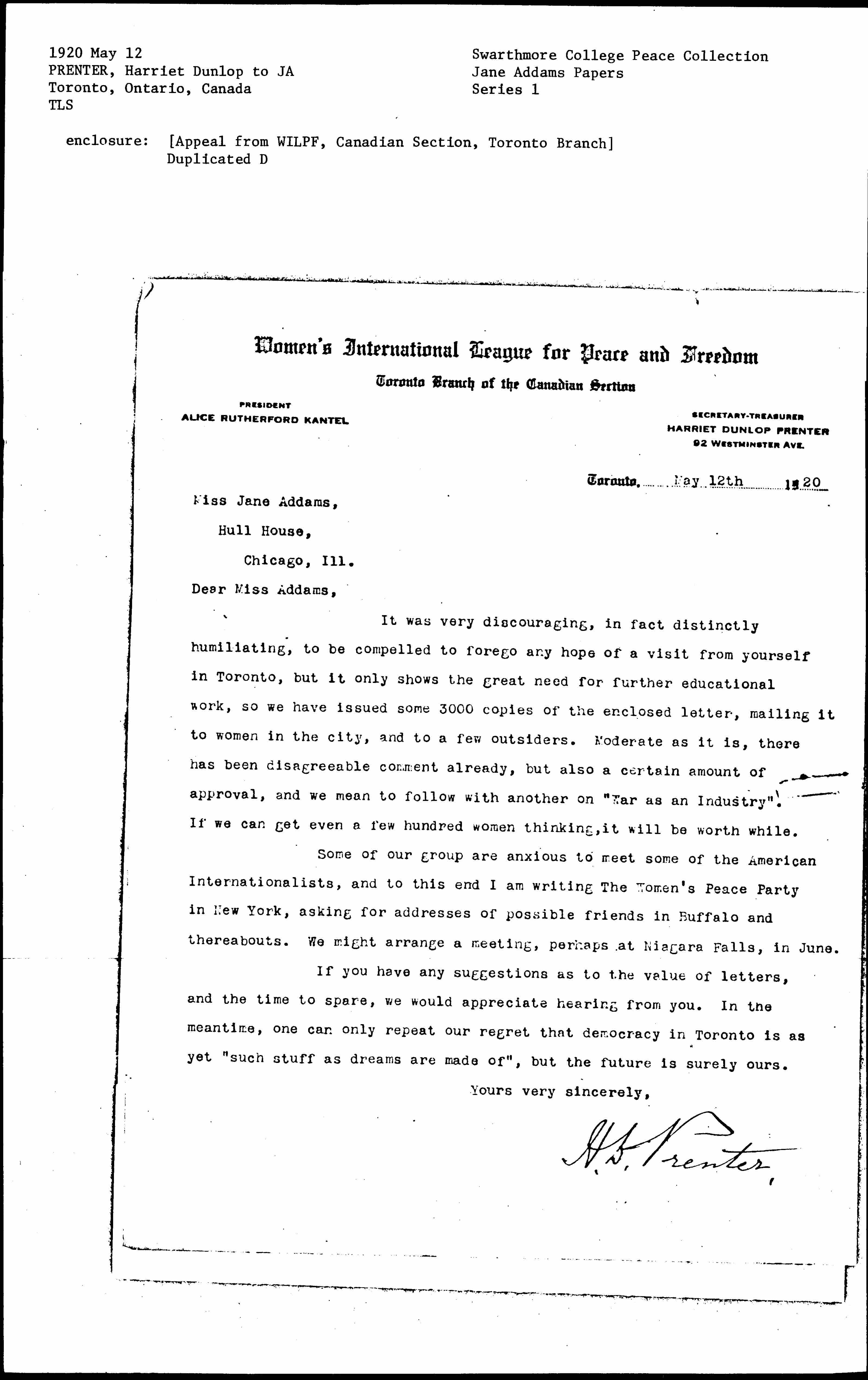 It was very discouraging, in fact distinctly humiliating, to be compelled to forego any hope of a visit from yourself in Toronto, but it only shows the great need for further educational work, so we have issued some 3000 copies of the enclosed letter, mailing it to women in the city, and to a few outsiders. Moderate as it is, there has been disagreeable comment already, but also a certain amount of approval, and we mean to follow with another on "War as an Industry". If we can get even a few hundred women thinking, it will be worth while.

Some of our group are anxious to meet some of the American Internationalists, and to this end I am writing The Women's Peace Party in New York, asking for addresses of possible friends in Buffalo and thereabouts. We might arrange a meeting, perhaps at Niagara Falls, in June.

If you have any suggestions as to the value of letters, and the time to spare, we would appreciate hearing from you. In the meantime, one can only repeat our regret that democracy in Toronto is as yet "such stuff as dreams are made of", but the future is surely ours.

Prenter regrets that Addams was unable to come to t Toronto and sends her a form letter they are sending to Canadian women and asks her advice on letters.